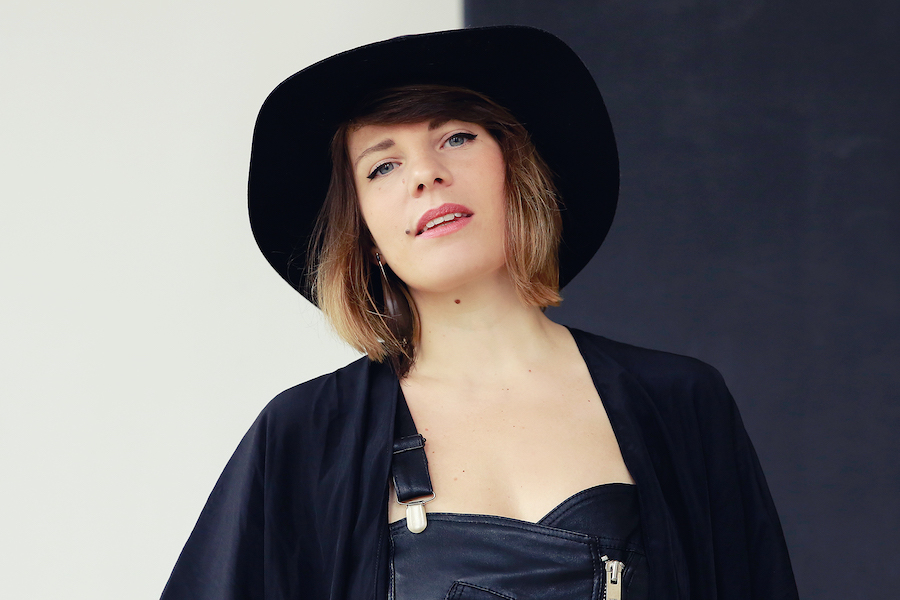 Johanna Burnheart is a German violinist, singer and composer. After studying classical violin, piano and voice during childhood, Johanna’s musical focus developed into jazz. Rather than following the path expected of a classical violinist, she chose instead to pursue the music that was her passion, studying with some of Germany’s most renowned jazz musicians in Berlin with monthly trips to Paris for lessons with Didier Lockwood at his jazz school. In 2013, she enrolled at the Guildhall School of Music and Drama in London as the first jazz violin undergraduate student of the school. The timing was perfect; jazz in London was just on the verge of exploding into the kaleidoscopic scene that it is today.

Her love for the Berlin clubs and the music they represent was manifested during this time, forming the foundation of her current musical style, which blends modal jazz with darker, more electronic influences. She released her debut album Burnheart in 2020 – described in a rave review by MOJO as ” literally saw[ing] its own niche” – and the following year was named as one of the Guardian’s artists to watch in 2021.

“As I write all of my grooves on a TR-8 drum machine initially, my compositions tend to sound quite electronic in the very early stages. After I first heard the TR-8 mixed in on my album alongside the live drums which I had not planned to do initially, I immediately imagined what an electronic musician might do with some of my tracks.” – Johanna Burnheart

Beth Lydi has had a meteoric rise over the last few years, with releases on DIRTYBIRD, Desert Hearts and her own SNOE – which she co-runs with Andreas Henneberg – propelling her into the spotlight. Sitting somewhere between deep, hypnotic techno and visceral tech house, her remix of Sisyphos is a dark and twisted delight, ripe for basement raves thanks to its raw beats, propulsive groove and head scrambling breakdown.

Says Johanna of selecting Berth Lydi as a remixer on this project:  “The theme of the Berlin scene made the search quite clear and as Beth Lydi is a good friend in Berlin: I very quickly connected with her.”