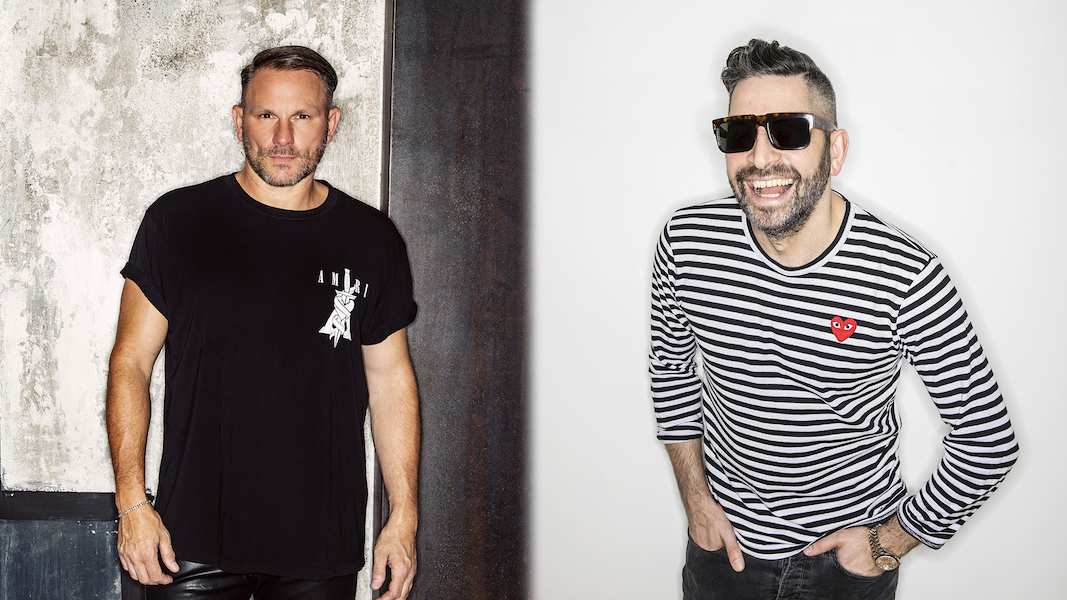 It sometimes takes a special project to get some of dance music’s most reputable acts to team up, but you can almost always rest assured that such a creative collision will make dance floors tremor long beyond the foreseeable future. Having never worked on a record before, U.K. tastemakers Mark Knight and Darius Syrossian were drawn together for Danny Howard’s Lockdown Link-up feature on BBC Radio 1 and now see their first-ever collaboration officially released on Armada Subjekt: ‘Get This Feeling’ (feat. Prospect Park).

Sampling Prospect Park and Taka Boom’s ‘I Got This Feeling’ as well as First Choice’s ‘Great Expectations’, Mark Knight and Darius Syrossian’s debut collab on Armada Subjekt is a celebration of life tailored to the dance floor. From the eruptive and joyous vocals to the bouncing bassline energizing the crowd, ‘Get This Feeling’ will have clubbers erupting in cheers in a matter of seconds.

“Danny Howard started a thing on his BBC Radio 1 show called ‘Lockdown Link-up’, and he had a fishing rod on Instagram to pick out ducks with”, Darius Syrossian says. “Me and Mark were drawn together, so we got on Zoom to discuss ideas and decided to go for a thumping feel-good disco-techno vibe. We then went through a bunch of disco records we felt we could grab a decent sample from, agreed on one and initially set about making the bassline and drums similar to how I did on my track ‘Danzer’. Mark loved what I had done, so I handed it back over to him so he could sort the vocal and add lots of his own touches. We went back and forth a few more times until we were totally satisfied with it. Danny Howard was blown away when he got the track back, and the response was MASSIVE when I played it weekly on his show. My inbox would light up like a Christmas tree with requests if it would ever be released. Even Danny himself messaged us to say that the reaction he had was enormous and that it was potentially the biggest ‘Lockdown Link-up’ track out of all of the collabs that happened. As it was made in lockdown, we wanted to make a high-energy feel-good track and save it for dance floors when we are back to normal. We are really happy with the outcome.”

“As soon as Mark and Darius got drawn together, I knew it would be nothing short of an absolute house slammer”, Danny Howard adds. “We’ve got two of the most prolific artists in house putting years of experience and knowledge into one record, so it was always going to be special. It’s been a lot of fun playing this out at festivals and clubs as a secret weapon, but I’m delighted that it’s now being unleashed into the world as a full release. It’s a proper party stomper that always takes the roof off and I’d like to thank Mark and Darius for getting involved with Lockdown Link-Up on my Radio 1 show in the first place. Big love.”

A Grammy-nominated producer and the second highest-selling Beatport artist of all time with ten #1s, Toolroom founder Mark Knight is one of the most reputable figures within the U.K. dance music space. His extensive discography not only includes numerous global hits such as ‘Man With The Red Face’, ‘Alright’, ‘Downpipe’ and ‘All 4 Love’, but also production for bands such as Faithless and Underworld, and remixes for hot names such as Dido, Florence and the Machine, Sg Lewis and U2. Mark also reaches over 15 million people in 60 countries on a weekly basis through his globally syndicated Toolroom Radio show and continues to draw in crowds of tens of thousands strong at venues worldwide, including elrow, Crssd Festival, Space Miami, Studio 338, Warehouse Project, Womb Tokyo, Exchange LA, and Amnesia Ibiza.

The founder and label head of Moxy Muzik since a little under three years, Darius Syrossian is a name synonymous with – as he puts it – true house music. An Ibiza resident artist and a familiar face at every major club and festival in every continent, the DJ, producer, label boss and radio host has been among house music’s most pivotal players for years with releases on record labels such as Moon Harbour, 8 Bit, Hot Creations, Get Physical and We Are The Brave, and not one but two entries in Pete Tong’s world-renowned Essential Mix series.

You can now listen to the full premiere of ‘Get This Feeling’ exclusively on When We Dip. Enjoy!