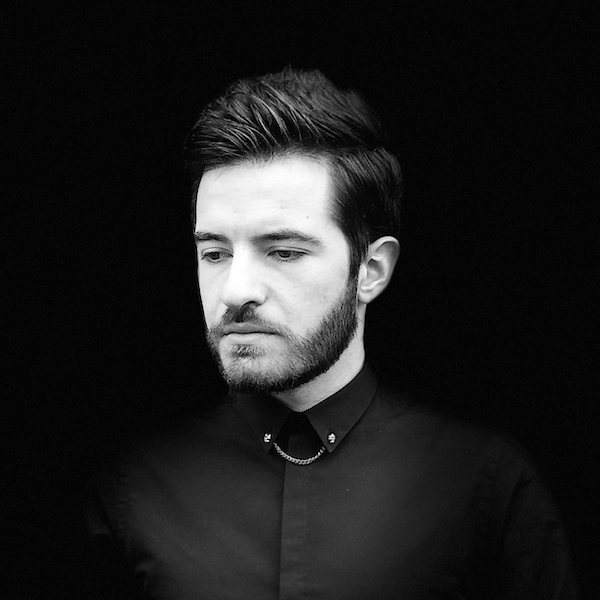 Premiere: The Reactivitz unveils his new abum ‘The Uncertainty Of Tomorrow’ on his label Immersion

The Reactivitz makes a return to his label Immersion with a twelve-track album that fully encapsulates his driving style of peak time techno, while also exploring his other influences. Based in the French city of Lyon, The Reactivitz has been at the forefront of the techno scene in his home country. Playing DJ sets at many of the leading clubs and festivals in France, he has also earned international acclaim for his top-selling productions on labels such as Tronic, Set About, Codex, 1605, Respekt, Octopus and Intec.

Known for his high energy blend of thundering percussion and enthralling melodies he has a dark and charismatic style that has enraptured dance floors across the globe. Supporters of his music range from Carl Cox to Maceo Plex, and this album has allowed him to tell a story that stretches beyond the confines of a few tracks on an EP.

Building with a steady momentum the LP’s opening track ‘The Past Is Gone’ is an intro full of tension that creates suspense from slowly introducing a grinding bass and held chords. Track two ‘Nothing In My Mind’ gets the energy flowing with poignant piano chords and a rolling percussive groove, overlaid with a soulful vocal sample that works as a metaphor for The Reactivitz love of techno. Switching between styles, the album hits its first interlude with the breakbeat percussion and ethereal chords of ‘Oracle’ before ‘Anywhere On Earth’ takes us back to the realms of techno with its frantic melody synth and ominous bassline.

The album then stays on a steady trajectory as it toys with the listeners emotions by switching between dark and light with tracks like ‘Delirium’ bringing moments of sweet euphoria, while others such as ‘Comet’ submerge us into darkness. Expertly programmed and put together with precision, this album is a masterpiece of modern techno production, and winds down with the ambient atmosphere and heartfelt piano chords of the closing cut ‘Full of Hope’.

You can now listen to the full premiere of ‘La Sola’ exclusively on When We Dip while reading the great interview we had with The Reactivitz. Enjoy!

WWD: It’s great to be talking with you today, can you start by letting us know what part of the world you are currently living in, and if the local nightclubs are open again?

Hey, thanks for the invite. I am currently living in Lyon, France. Things here have started to get back to normal, and for a few months, nightclubs have been open with some restrictions. The events have fewer international headliners, but it’s great to enjoy parties again!

WWD: How would you describe your music style, and who are some of your biggest influences?

I would describe my style as a mix between techno and tech house. I love creating dark and powerful tracks with melodic elements, peak time energy and cool vocal samples. When it comes to being a DJ, my biggest influences are Carl Cox and Spartaque, as I really like the energy they give to the crowd. As a producer, I am really enjoying tracks by Layton Giordani, Enrico Sangiuliano and Maceo Plex, as everything they do is always on point. What makes the difference to me, is the mixdown and mastering, and their tracks are always balanced and full sounding. I also like producers who make other music styles such as Bicep, Hans Zimmer, Cristoph and Camelphat.

WWD: You have released many singles and EPs, but you are soon to drop a new album. Is this the first album you have released, and how did its production process compare to an EP?

It’s my first album, and I am really excited about it. It’s a totally different process producing singles and EPs compared to an album, as an album needs lots more creativity and patience. In my case, it took a full year to make the album, but EPs are usually produced in only a month. The album was a great opportunity to explore new genres and different sounds. Obviously, it takes more time when you are trying new things in the studio 🙂

Selecting the tracks for the album was also difficult, as I wasn’t sure about the number of tracks that I should put on the final release. I had produced around 20 tracks in the last year, and I had to choose the best ones for the album, but make sure that together they also told a story. It’s hard to know when it’s finished, and when to stop making changes.

WWD: Is there a concept behind the album, and what inspired its title ‘The Uncertainty of Tomorrow’?

With the album, I wanted to take the listener on a journey through the vision of a changing world that will never return to how it was before. I started the album with the track “The Past Is Gone” to express this concept, and also create tension plus suspense for the rest of the album. The following tracks stay on a steady trajectory as they toy with the listeners emotions by switching between dark and light. Tracks like ‘Delirium’ bringing moments of sweet euphoria, while others such as “Comet” plunge into darkness. The closing cut ‘Full of Hope’ finishes this concept, and gives us hope for a better world after the pandemic.

We’ve all lived through really hard times with the COVID-19 pandemic, and the album’s title is referred to this. When I was producing the album, we didn’t know anything about the evolution of the situation, and there were moments that made the future feel very uncertain.

WWD: We have premiered ‘La Sola’ from the album, and it would be great to learn more about this track?

‘La Sola’ is one of my favourite tracks, and one that I’m proud to have produced, as it fully encapsulates my driving style of techno.

WWD: Are there any specific tracks on the album that have a special meaning to you, and what makes those stand out?

I love all the tracks on the album, but two of them that have a special meaning to me are “Oracle” and “Meaning of Life”, and that’s why I decided to make videos for them both. The first one ‘Oracle’ is not a techno track, and it’s the first time I’ve released something in a different style. The album was a great opportunity to explore new genres, and to show the people that I don’t only produce techno music. I’ve been very pleased with the feedback and I plan to release more stuff like this in the future.

The second one, ‘Meaning of Life’ was produced at the beginning of the pandemic in early 2020, which made it a very memorable moment. I remember my first days in the studio when we were all in lockdown, and there was lots of uncertainty regarding the future months. So, it was not always easy to find inspiration, and get motivation to produce music. Meaning of Life was the first one that I pushed myself to finish producing during that sad period, and that’s why the track is so important to me.

WWD: The album is forthcoming on your own label Immersion, and I wanted to ask what other labels you have worked with?

During the last few years, I have worked with many great labels which I’d only dreamt about signing to when I first started producing music. Among them, and to name a few, there is Intec, Octopus, FORM Music, Suara and 1605. All of those releases were a step forward in my career, and helped me grow as an artist, plus gained me notoriety within the techno scene. Today, I am really happy to have created so many strong connections with some great labels from around the world. Three years ago, I decided to set up my own label, and that allowed me to fully express my vision of techno without any limits.

WWD: After the album, what’s next in your schedule?

Recently, I did a remix for Andrea Signore that will be out early next year on his imprint Made In Brussels. I also have plans to release a new solo EP and a compilation on my label Immersion in 2022, and the compilations will include a track I made with Zacharian. During the pandemic, I had the opportunity to work a lot in the studio, and I have many new songs that I plan to share with some other labels who have requested demos. I plan to keep producing lots of new songs, and I have lots of tracks that I’m excited to release!

WWD: Thanks for taking the time to talk with us, is there anything you would like to add before we finish?

Thanks to you guys, it was a pleasure. Everyone, stay focused on what you love, and keep working hard to achieve your goals! I know that many other DJs said this already, but it’s important to remind the new and upcoming artists out there, that when you put a lot of effort in what you are doing, wonderful things happen… just be patient, and don’t give up 🙂