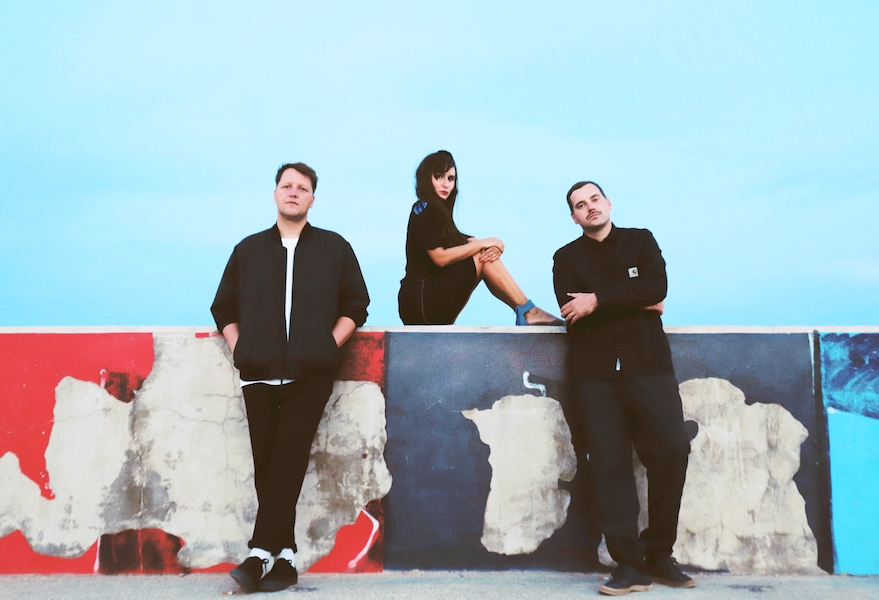 The latest signing on Iptamenos Discos is the stunning debut EP by Dina Summer that features remixes by Black Light Smoke, Wiener Planquadrat & Time To Sleep. Fronted by Greek native Dina P., ‘Dina Summer’ is a collaborative band project by the producer Kalipo and the DJ/producer couple Local Suicide.

After performing on local radio stations as a teenager, Dina began making waves as one of the first female DJs in Thessaloniki. She later moved to Berlin where she met her husband with whom she formed the duo Local Suicide. The powerhouse has made a name for themselves releasing on labels such as Eskimo Recordings, Lumière Noire, Ombra INTL, TAU & more. Through their exploits, Beatport declared them as one of the key figures in the uprising dark disco scene. Around 2013 they met Bavarian-born Kalipo while raving at Rock am Ring festival. At the time he was performing at the festival with his band, Frittenbude who are famous in German-speaking countries for their unique mix of electro, punk & rap. Kalipo recently released his critically acclaimed fourth long-player on KI Records which features artists such as Rampue, Ira Atari, Oberst & Buchner & more.

It wasn’t until 2019 that the trio finally starting working on music together. The result was a unique blend of late 90’s electro with elements of 80’s disco and new wave.

Their first outing ‘Who Am I’ is a new wave / disco-hymn consisting of German & English vocals. They’re accompanied by stomping drums and a beautiful synthesized melody laid over a synth-arp that maintains the track’s momentum.

The Club Version of ‘Who Am I’ is slightly faster and hits a little harder. In this track, one can clearly hear the trio’s infamous ‘technodisco’ sound at work. The drums still stomp but with more depth and the synth-arp has a more rugged texture when compared to that of the original version.

The B-Side, titled ‘Fortune Teller’, is a groovy dance-floor bomb with nasty Moroder-ish bass-arps, epic strings, spoken word elements, and a slick breakdown followed by a banging and cascading drop that sucks in and hypnotizes listeners.

This stunning EP’s versatile sound is sure to attract a variety of listeners and selectors while turning heads around the globe. The EP will be released on a strictly-limited clear Dubplate 12” and made available digitally on all platforms. You can now listen to the full premiere of ‘Fortune Teller’ exclusively on When We Dip. Enjoy!