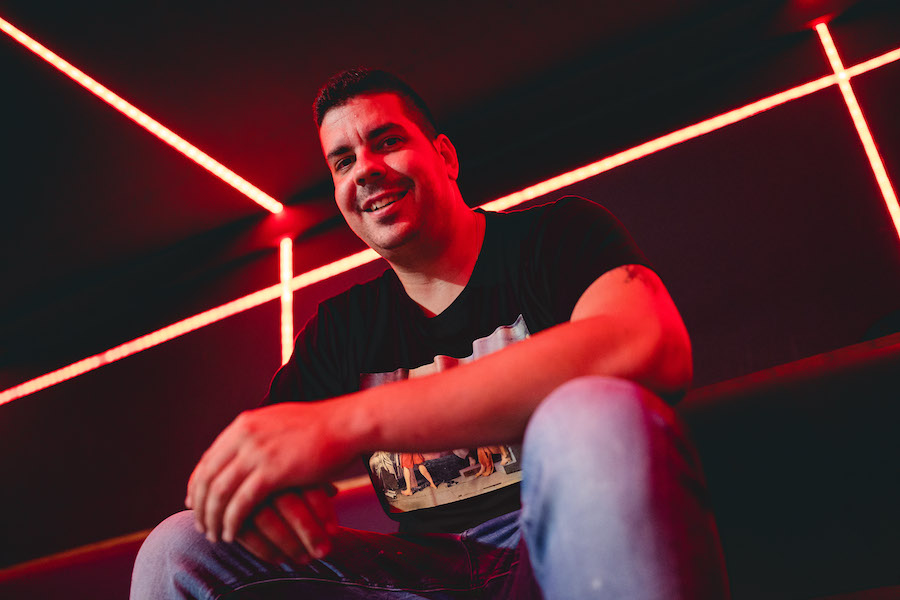 Collective Machine makes his Monday Social Music debut with the first single from his forthcoming artist album ‘Epoch’ alongside a great remix by Mihai Popoviciu. Hailing from Budapest, Mario Domjan aka Collective Machine is one of Hungary’s most highly regarded electronic music producers. With a sound that sits comfortably in the creative space between house and tech house, Mario’s creations rely heavily on rhythm and groove, while always incorporating a timeless musical flex. Now approaching three decades as a professional producer, the Hungarian artist has found a home on some of the underground’s most highly acclaimed labels, such as 8Bit, Bedrock, Knee Deep In Sound, and Stereo Productions, while also earning the praise of tastemaker DJs Carl Cox, John Digweed, Hot Since 82, Marco Carola and Steve Lawler. Setting the course for his impending artist album, Collective Machine now debuts on Monday Social Music with the first single ‘My Way’, alongside a remix from Mihai Popoviciu.

On ‘My Way’ it is Collective Machine’s masterstroke to collaborate and introduce the vocals of Syssy. From its wavy, shapeshifting groove comes flickering percussive arrangements, liquid-like rhythms and misty harmonics. Evolving with power and class, Sissy’s chops resonate with a smokey, hypnotic drawl; adding space and depth as the journey reaches its main break. A primary theme emerges across the centrepiece, flowing through a colourful fuzz of modulation, before eventually giving way to the funk-fuelled, acid-laced groove for a hip-swinging finale.

The release concludes with Mihai Popoviciu also making his label debut and providing the lone interpretation of ‘My Way’. Based in Sibiu, the Romanian artist sits firmly within today’s elite guard of house music producers. A storied career that spans two decades has built a body of work characterized by deep grooves, crisp precision, and irresistible energy. Iconic imprints such as Diynamic, Poker Flat and Toolroom have served as landing spots for his transcendent sound. Now adding Monday Social to his resume, Mihai dials in a rousing rendition of ‘My Way’ to cap the release off in style. Tight beats and striking percussion serve to anchor the journey, as nasally acid lines, reprocessed vocals and delicate arps converge across a colourful soundscape. It’s nose for the dancefloor grows as a concise and well-timed break takes shape, timeless in execution and delivery, as sweeping noise and quirky hooks unite for an exhilarating crescendo and charged finale. It rounds out an auspicious prelude from Collective Machine, whetting the appetite for what promises to be an excellent artist album.

You can now read the full interview we had with Collective Machine and listen to the full premiere of Mihai Popoviciu’s remix exclusively on When We Dip. Enjoy!

WWD: Hey Mario, welcome to When We Dip. How are things with you?

Hello guys! Thanks for asking, we live in difficult times now but it’s good to see that the global electronic music scene is picking up a bit. I have also been more active lately, so I’m super excited about the coming months!

WWD: How have you kept busy over the pandemic? Have you enjoyed the extra time to focus on producing or longed to be back playing shows?

To be honest, I wasn’t really active in the first year of the pandemic, I was just waiting for things to turn right. However, it seems that we need to live together with this, so I have tried to adjust myself to the situation and put myself back into creation. There are shows locally where I can play, but of course I look forward to travelling again. For the time being I should be happy with these opportunities at the moment.

WWD: Can you tell us a bit about growing up in Hungary? What was your introduction to dance music?

Even before I was twenty, I was lucky to hear legendary DJ sets and the scene simply caught me. From week to week, the big guns of electronic music arrived in to our small country. At the time, I felt the music culture was flourishing. I wanted to be a part of it.

WWD: Do you feel where you’re from influences your productions and sound?

This is a very good question because my album, which will be released this February, was the most inspiring of these times. So far, I’ve been following quite a few things I experienced in the past and from time to time these things are showing up in my music! I will have more club oriented and even more house oriented before and after the album of course, but I only wanted to include all of this in the album. That reflect my musical past, present and future 🙂

WWD: Where is your best environment as a DJ? A small dark club or a huge outdoor festival stage? Late at night for the weirdos or early so you can play slow and eclectic?

I love classic prime time! The ideal 2-3 hour set where you can really show who you are, and give something new to the crowd. It doesn’t matter if I’m playing on a big festival stage or a small club.

WWD: What was it like to remix Plastikman? How did that come about?

It was a result of a remix competition, where I won back then with my ‘Domyan’ alter ego. I still have the dedicated CD release that I got from Richie.

WWD: Can you tell us a bit about the inspiration for your new single ‘My Way’?

I wanted a song on the album which will be a little bit ground breaking, so the basic music was born, which isn’t a break or a real four quarters. It was a perfect fit for the album. I asked Syssy to work on it together with me. She wrote super lyrics to it and the song was ready. I think it’s so on the verge of style’s, that even anyone who isn’t necessarily an electronic music fan can easily fall in love with it, that’s why exactly we chose this song as the album’s single and that’s why a music video was made for this song because it’s unique!

WWD: What does your studio setup look like? Are you a big fan of using lots of hardware?

I don’t think there is a producer who doesn’t want to play an instrument 🙂 I have tried a lot over the years. I really like and find the development of the technique exciting and somehow I was able to use things in the box to achieve a better sound, the sound I want to hear. Excluding the drums and live instrumentals. I have a couple of hardwares in the studio, but I more likely invest in software nowadays.

WWD: How did you hook up with Mihai Popoviciu for the remix?

We have already worked together with another label, and when we were playing in Hungary, I met with a very good guy. He has a unique sound, when you hear his music you can easily spot that it is his work. We chose him together with the publisher. A completely different approach was needed for the remix, I think he did an excellent job.

WWD: What else have you got coming up that you’re working on?

Lots of my own productions, of course 🙂 But that’s the music of the future.

WWD: Finally, if you could collaborate with any artist, dead or alive, who would it be?