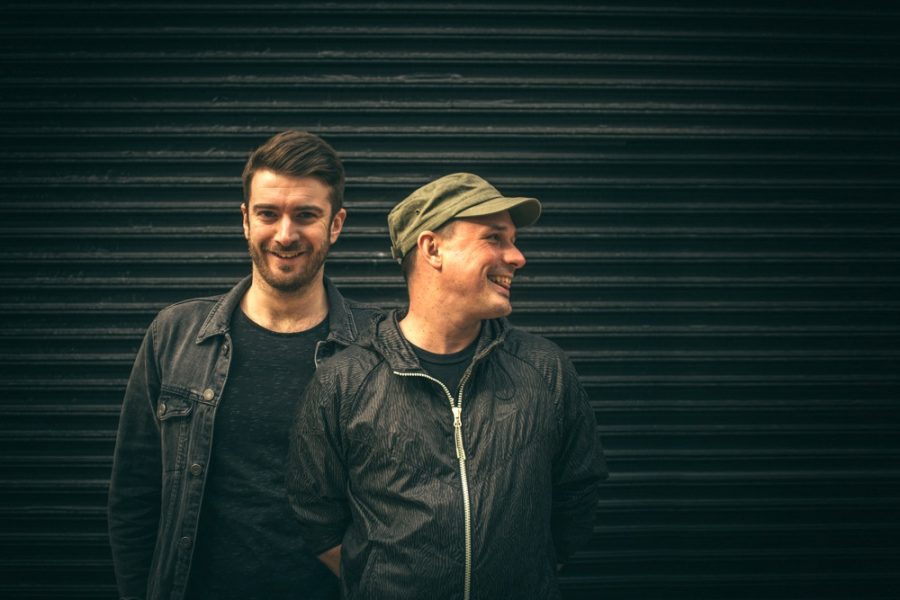 Mark Caramelli & Paul Hargreaves AKA Death on the Balcony are a duo that have become synonymous with lush high-end grooves in recent years. The UK pair have proven their chops time and time again with releases on the likes of Anjunadeep, All Day I Dream and Kindisch. Most recently, they’ve applied a sublime spin to ‘Three’, flipping the sombre, delicate cut from indie electronic act HOKI into an irresistible, laidback dance floor groover. They’ve turned in an instant classic, a sun-drenched jam with a distinct balearic feel. Now with the pandemic fast fading into the past, momentum has been reignited with a host of performances across the globe. We caught up with DOTB this week to chat on their year so far, their collaborative relationship and much more!

WWD: You’ve had a whirlwind start to 2022. What has been the highlight so far?

After the last 2 years of uncertainty for most creatives and artists alike it’s been a highlight just to be back working, traveling, connecting on and off the dance floor again. We are very happy and fortunate to have been able to pick up where we left off,  but not without constantly keeping productive, the right mind set, perspective and making some educated guesses and gambles at the right time after a long time treading water where nothing was guaranteed. To be able to continue doing what we love, making music, playing and touring, is obviously a huge thing for us.

We of course missed the human connection with people after nearly 2 years without any gigs. We continually made and released music throughout the various lockdowns but the creation and energy that goes into making music without the energy you receive from a dance floor at a gig was sorely missed. We were extremely thankful to get back to what we had before but with a reinforced resilience and gratitude that we survived such a situation which seemed fairly bleak at the time!

Spending the start of this year in US / Mexico was also a wonderful way to start the year and for a short while avoiding the inevitable UK winter! Sometimes it was hard to believe we were there again after what happened and as we have just mentioned here.

WWD: With all the touring in tropical paradises this year, have you considered relocating from the UK to a sunnier destination?

Absolutely and it’s on the cards! Some places you visit hold special places in your heart for varying reasons. You know a place that has something on you when you are never ready to leave. You feel you always have some unfinished business there.

WWD: Your new remix of HOKI ‘Three’ is out now. Can you give us an insight into the creative process behind the remix?

The process really depends on the original track itself. The original was an ambient/downtempo piece and we felt that there could be a really nice Deep House version of it. The individual parts to HOKI’s track were quite beautiful and we wanted to reinterpret this for a dancefloor. We have been remixing for many years now and sometimes you just know when you hear it immediately what you will do with it. We always like to add some keys and new elements ourselves to complement the original track and to bring it to a new place and audience than the original.

WWD: Can you describe the end product in 3 words?

WWD: Do you often road-test works in progress or do you prefer to know they are good to go before playing them in your sets?

Yes we always test new music out in our sets. We play things that we have just finished and before they are the final versions, or are fully mastered. With some EQ on the mixer, in the moment and some rudimentary mastering ourselves, we spend a good amount of time listening & getting them to a stage where they hold up in a club. We certainly leave the final mastering to  the expertise of the engineers. Playing our tracks as they progress can help us with the arrangement sometimes. You can see the reaction from people in real time and in a club context and that is priceless.

WWD: Who / what are your biggest influences right now?

Each other, our travels, human connection, the dance floor, many genres of music old and new!

WWD: Has your approach to your art and your career evolved or changed at all in the last few years?

We have probably become more selective about who we work with and thinking about if these people are the right fit for us. It’s important to have a mutual respect and good communication, and that goes across the board whether it be a producer, DJ, label, Promoter and just in general. We like to let things flow and not to force things and this has become a bit of a mantra in recent years and after the last few years with most things we do. It’s not to say don’t be tenacious and hungry but to be more intuitive in situations and whether it’s the right thing for you. It’s also important to protect yourself, mentally and self care too and to know when to step back take a breath and have some time to yourself. This industry can be so much fun and is an absolute privilege (earnt) but it’s important to know when and how to switch off as best as one can within this industry.

NFT’s are causing some controversy as any new technology does when it’s the unknown or misunderstood. Some people think it’s great and some think it’s a gimmick. In the art world maybe they are both right / both wrong! If an artist can create something that someone wants to buy, then there is clearly a demand and a market for it.

It’s still a bit of a Wild West out there and some of the quite large transactions that make the news make it seem like a bit of a playground for the rich and seem unattainable for most. If it can be harnessed into something more logical and less sensational then there is certainly a place for all this in music. Creative industries could (and are already) really utilising this alongside everything they already do. There is probably still a long way to go to even see the limits on what people can do with their projects in an audio-visual realm. It appears even at this early stage there is a big interest in it but it’s still a way off mass adoption and is still met with much scepticism so it will be interesting to see how it all unfolds.

WWD: You have been working together creatively for well over a decade now, what’s the most recent “new” thing you’ve learned about one another?

We have become more streamlined in how we do things in the studio and knowing each other’s strengths. It really helps to speed up the process to the point where sometimes you step back and feel like a track has sort of made itself. We don’t take that for granted as it’s not always guaranteed be a lot of the time works out for us. When it works though, having two pairs of ears on something really helps to make decisions and to keep clarity on an idea. Also to be honest, open and constructive when working as two people. Sometimes on your own you can end up going round in circles whereas to have someone else to bat things off really help with a lot of things.

WWD: What are you most looking forward to this Summer?

We are heading back to the U.S for some dates over May / June. We started in NYC last Friday (May 13th) for Pink Mammoth, Miami at Do Not Sit on 21st May. We will also be in San Diego for our Debut there at Camino Riviera on June 16th before heading back to Chicago for the first time since pre pandemic for a Boat party on June 24th with Revive collective aboard the Summer of George.

Also, we will be at Burn for the first time this summer. It’s been something we have wanted to do for a while but the timing etc has not quite worked out, until now. We’re really happy to have been asked to play there for the DayDream camp and are excited to experience all the magic of the playa. We will be doing a Sunset and Sunrise set there and we couldn’t really have asked for a more appropriate time to play. Some more surprise sets are still in the works so come and hunt us down and say hello if you are there!

WWD: Do you have any other projects in the pipeline that we should know about?

After two new recent releases and our debut/intro on Sudbeat for Hernan Cattaneo. We have an EP out later this year on Nick Warrens label, The Soundgarden. There is going to be fair few remixes forthcoming that we have just been in the studio working on for Get Physical, Bar 25, Art Vibes & Be Adult Music out over Summer. Other than that, we have been working on lots of new Death on the Balcony music and also made a start on a more stripped back project which will be released just as ‘DOTB’.