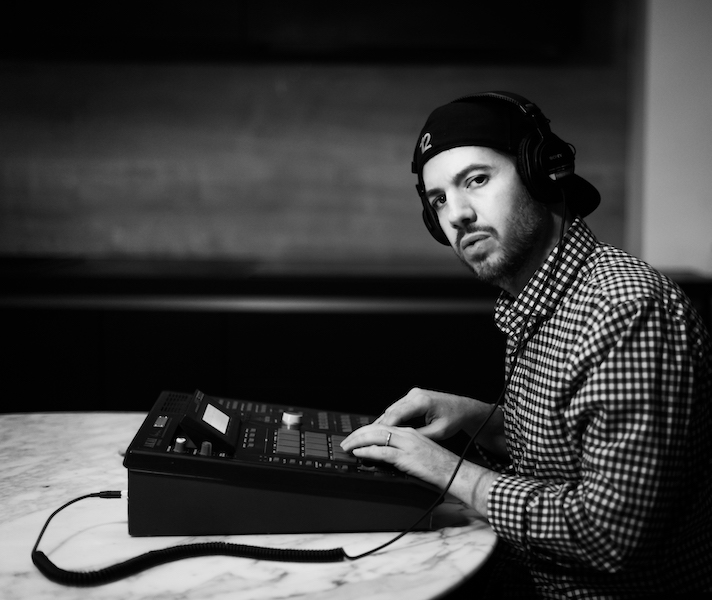 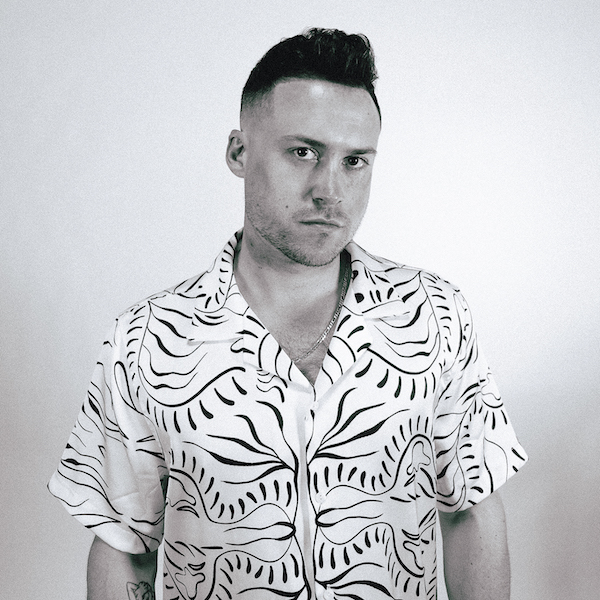 Soul Of Hex continue to conjure up astral deep house odysseys, drawing from the raw sensuality and restraint of classic house and techno, while incorporating jazzy flourishes and colourful shifts in tone, rhythm, and texture. Their debut was remixed by Larry Heard, they have featured on Harvey’s Mercury Rising, and are on the runway for a release on the hallowed Underground Resistance, we have a chat with the hot Mexican duo ahead of their next outing on Delusions of Grandeur.

I just woke up, I’m about to pick up Matias Aguayo at the airport as he’s playing tonight at the Marko Disko, and I ordered a McMuffin.

WWD: How would you describe the city Tijuana where you are based? What aspects do you think are unique about it?

Tijuana is a city of migrants. It’s a border town with California, so in comparison to other cities in Mexico, it has a lot of style.

WWD: What are some of the top clubs to go to these days?

WWD: What kind of sounds/ vibes are these main clubs playing?

WWD: Do you think that Mexa Electronica is a genre of its own? What are the characteristics of that sound?

Well, nah, I don’t think so. But it’s true. A lot of us are making House, Techno, New Disco, Electro, EBM, etc. All the Mexican kids who started 10 years ago making music now are putting out cool stuff :).

WWD: As well as being DJs and producers, you’ve also been prolific promoters. I know you are involved in the Marko Disco venue in TJ. What do you tell us about this?

Yeah. I mean, for a long time we were just making music and touring, that was cool. But we were missing out on our own city. I lived in Berlin for almost a year, and I missed a lot of what was happening here. When I met Mad Mike at RBMA he told me “Man, you should go back to Tijuana, go back to your roots, that’s where you gonna find your sound”. I came back and made lots of music, but I noticed nobody was doing house music shows at all. I started with Sunday Sunday Tijuana, and eventually we stepped into Marko Disko. An original 70’s discotheque, now we’re regularly booking international artists every week. We had to do it!

WWD: As solid representatives of Mexican electronic music, do you think that living in Tijuana has impacted the music that you make and in what way?

Sure! Tijuana is funky as hell! Magic 92.5 is the equivalent of The Electrifying Mojo here. It’s an Old School Funk radio station based in San Diego, but the antennas are in Tijuana. They still spin Prince, George Clinton, Whitney Houston on a daily basis. Also, we have access to music gear from the US. Also, Tijuana is a tuff city. We all had crazy experiences in a Netflix Narcos way, and most of us survived. People of Tijuana are the nicest, respectful but tuff people!

WWD: SOH now consists of you two brothers. How old were you both when you started to play around with music?

Yes! I started at 12 years old, when I wanted to start my rock band haha. Then I went to Coachella in 2007 at the tender age of 14 and I was blown away with Electronic Music and I started DJing and making music with FL Studio. My brother Emanuel started DJing at 12. An RBMA alumni, DJ Sajjad, started a DJ & production school back in 2008 and that’s where we focused a lot on music, and we keep going from there.

WWD: Were you both always into the same vibe?

Yeah it’s pretty similar, my brother is way more into techno and rhythms. I’m more into harmonies and melodies, so I guess we now make a good combination.

WWD: What were the first records you can remember being into?

WWD: Did you DJ together in the early days, pre-SOH? Where were your first gigs? What sort of crowds did you play to?

Yeah, we played so many back 2 back sets that we said man, let’s merge the project and play together. I was playing Boiler Room in Mexico with Kuniyuki, and my brother came to see me play. Next day we played together on Sunday Sunday, and the crowd was going nuts. I figured out, like wow! This was even better than BR. United we’re stronger!
When did SOH first start to produce? What was the first track SOH actually made? What kit did you use to make it on back then?
The first Soul of Hex song was ‘Lip Reading’ which was made entirely on a laptop running Logic Pro 9 and Maschine.
In 2022 your sound plays with disco and deep house, but the bones of what you do is techno. Were you ever into stuff from the 80s/90s like Kraftwerk for example? Were these early electronic acts inspo for you?
Sure, our favorite Kraftwerk record is ‘THE MIX’ and it’s actually from the 90’s. It’s a huge inspiration for us. Model 500, Underground Resistance, Aux88, Galaxy 2 Galaxy, Aaron Carl, Gerald Mitchell, Kenny Larkin, DJ D’jital Mayday, we love Detroit, man.

WWD: Your release often vary in vibe, is it same when you DJ? What lines do you cross in a SOH DJ set?

When we play a Soul of Hex DJ set is more like feeling the crowd, warming up, and ending up in climax hehe.

WWD: With TJ being so close to LA, are you there loads for gigs? Where do you play in LA?

WWD: Tell us about your Sunday Sunday party. Where is it, when does it happen?

We’re residents of Sunday Sunday and we do the Tijuana edition, it happens mostly in the summer on rooftops.

WWD: Coming on to your productions, where do you make the magic happen? Where is your studio?

We have a studio in Marko Disko :).

WWD: You still work on your trusty Elektron hardware sequencer. What is it you love about working with this?

Ahh, it makes a lot of things, haha. Specially rhythms and sequencing, it makes it really easy. But it took me a year to understand it.

WWD: Is Octatrack still the basis for your productions?

Yes. It will always be.

WWD: In 2014, Larry Heard remixed Lip Reading. That’s a great way to start a career. How did this come about?

My record label at the time ‘CVMR’ managed it to get a remix from Mr. Fingers, and he did two.

WWD: You’re released on some great labels, and last year you were on Harvey’s mercury Rising comp. Did Harvey catch you Djing somewhere or grab one of your promo’s. What lead up to this release?

We don’t know! We just received a message from his manager on Instagram, who asked us to feature the song in the compilation. It was a big surprise!

WWD: Your own Vicario Musique is for artists specifically from Tijuana right? What’s happening on the label? What have you got coming next?

We’re still waiting on the 10th Anniversary Vinyl because of vinyl plants delays (our pressing plant is in Paris), BUT we are planning a Soul of Hex release on Vicario.

WWD: You talked about a label for Sunday Sunday. Is this still in the pipeline?
Sure. It’s a big compilation so it took us a lot to do it, we’ll announce it soon.

It’s the most important thing for us. It’s all about the record.

WWD: What can you tell us about Mano De Fuego and what are Mano’s plans?
Ahh, that’s a secret. We are going to Detroit on May 28th.

WWD: You’ve had a relationship with Delusions of Grandeur for some time. This is your fourth release on the label? How did you first hook up with Jamie and Tom?

Jimpster started playing Lip Reading on heavy rotation, and then I sent him demos. He signed us on Freerange. We always wanted to be on DOG, but the sound was softer and deeper than Freerange, adapting to the Delusions was great!

WWD: The Mystic EP is coming soon. Tell us a little about it and its electro inspirations?

The Other People Place meets Modjo, or something like that, and also a little bit of Ten City. Enjoy!

WWD: How did you hook up with Steve Lucas? Didn’t he make ‘If Only I could’?

Yup, we love that song. We wrote to him on Facebook, he liked the beat, that was easy!

WWD: There is always a mystical element in your releases. The Mystic EP, Pharoah Machine, and of course Soul of Hex. What is the root of this mystical fascination?

Ok, Tijuana is quite a mystical city. But the root of this fascination was that once I was thinking about Hi-Hats and getting some real swing from some e-drums set, so my friend who was living in San Francisco at the time borrowed the drums to his friend. I was so obsessed with this thought, so I went to this guy’s house. He was a very nice person, and he had a mess of books on his desk, so I saw a card in the middle of the mess, it was the World card of Tarot. I had never seen one before, so I was very impressed as I was a huge YU-GI-OH! Fan when I was a kid (as the cards have a very similar illustration). So, I received the whole information of that beautiful card consciously or subconsciously, I smoked a couple of bong hits after that haha, and man, inspiration was flowing intensively, and that day I created Psychic and invited my brother Emanuel to join the project. So ‘Psychic’ is a very personal track and ‘Mystic’ is the follow up of that sound.

WWD: SOH for me is filed under wild card stuff. With Kuniyuki and Sun Ra. Kuniyuki’ s Shout, On Mule Musiq. I think of that as very SOH track. Do you play it in your sets?

Haha Kuniyuki is a very good friend of ours but, no we don’t play it at all, but after this, I might play it more. Yeah, we see the tracks as wild cards haha, but some songs are following up stories, for example, Lip Reading and Dreams, Mystic, and Psychic, and more… But yeah, thanks so much for having us there with Sun Ra!

WWD: I’m pretty sure you’d be fans of Sun Ra. Do you have a fave Sun Ra track?

Door of the Cosmos.

WWD: What other artists are doing great things out of Tijuana that we should look out for?

WWD: As a UR disciple for many years, we are hyperexcited about your forthcoming release on Underground Resistance. Can you tell us anything about it?

UR por vida! We’re huge fans of course, what can we say haha. It’s surreal, Mad Mike told me in RBMA that I was going to be part of UR. It happened! You gotta know one of my first tracks was called ‘I Want To Be Part of Underground Resistance’ haha. Dreams come true. The project Mano de Fuego is more about a Hi-Tech sound.

WWD: I feel like you are only just beginning, but you have already achieved so much. What are your next ambitions for SOH?

I don’t know. Palms Trax told me the other day that after I got signed by UR I can retire now! Hahaha. Well, big things, we’re gonna keep it secret, we all gotta say is that we keep working harder everytime!!! Gracias por la entrevista. Saludos de Tijuana!