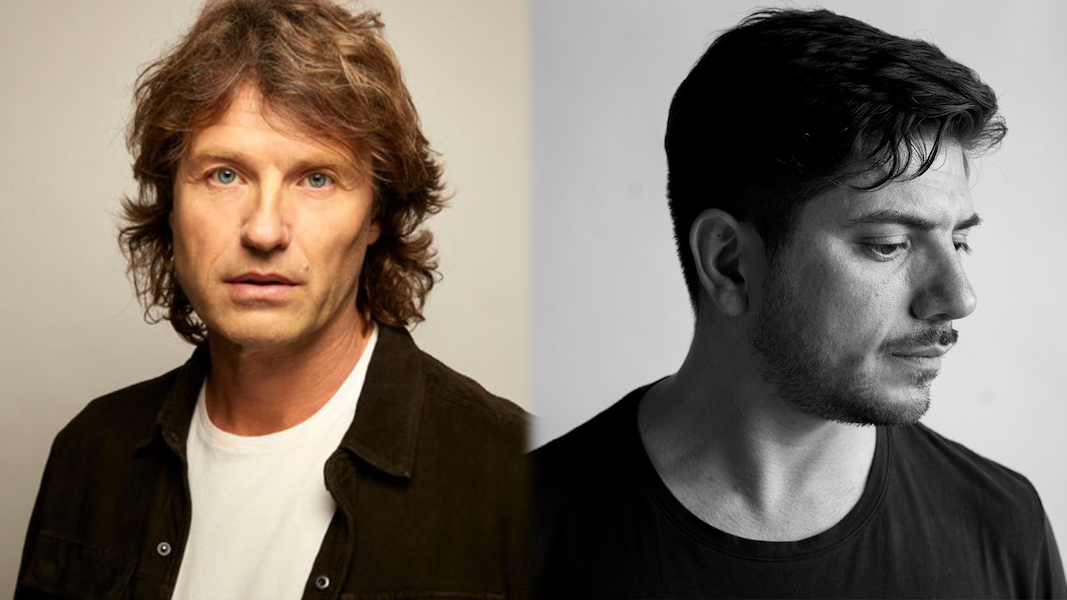 Joining label head-honcho, Dmitry Molosh, on the original track, Navar is an artist with a rich musical heritage. With music signed to such esteemed imprints as Roger Martinez’s Higher States, Guy J’s Lost & Found and GMJ & Matter’s Meanwhile, the Dutch producer has always stayed away from a standard musical formula. Such an approach has enabled him to produce a vintage selection of innovative and praiseworthy music. “Small Wonder” is thus a driving rhythmic gem that glitters with percussive verve and sultry bassline groove. Evolving elegantly, filtered motifs combine as a smooth arpeggio makes a fleeting first appearance. A cascading breakdown of melodic layers appears at the breakdown before the third movement erupts in a synergy of rhythmic and melodic force where arpeggios and bass combine with heavy kick in a dancefloor masterpiece.

Hernan Cattaneo requires no introduction to the underground dance fraternity. A household name and legendary figure across South America and the global stage, the Argentinean showcases his immaculately blended DJ sets to thousands of club-goers on a weekly basis as he demonstrates an unrivalled commitment and passion to his craft. As owner of the internationally recognised Sudbeat Music, El Maestro has always found a vehicle for his production work, whether on his own label or a host of others. A regular collaborator with like-minded musicians, a score of credits can be found with fellow countryman, Marcelo Vasami, who is also a powerful force with regular DJ sets across Argentina and support for his multi-faceted productions on Hope, Afterglow and Replug, from the global DJ elite. Formerly combining on the likes of Timeless Moment, Vapour Recordings and ICONYC, the Hernan Cattaneo & Marcelo Vasami remix is a rolling rhythmic jewel that sparkles with head-shaking percussion and deep kick. Imaginatively using elements from “Small Wonder”, the arpeggio so central to the original waxes and wanes alongside a plethora of additional production material. Swathes of white-noise washes and textured pads add to the haunting atmosphere in a track that blossoms post-breakdown with dancefloor bliss.

The final remix sees a third Argentinean enter the remix arena as Mike Griego makes a welcome first appearance on Proportion. An artist with over a century of production credits to his name across a 13-year career, a 2009 debut for Atlantdigital saw Griego go on to release regularly on such blue-chip imprints as Sudbeat, Plattenbank, microCastle and Cid Inc.’s Replug. A pair of remixes of Kasper Koman’s number one selling “In Circles” for Juicebox Music witnessed Griego’s first outing in 2022 as he now continues that success with a compelling interpretation of “Small Wonder”. A chest-thumping beat and ticking percussive groove combine with seismic bass groove in a dark and brooding affair before lighter synth motifs from Molosh & Navar’s original flow atop in stark juxtaposition. Creamy pads and choral swells add another musical conduit post-breakdown as the innovative bassline cadence creates a new sonic tension in an impressive new reworking.

With such an impressive array of talent on display, it is “Little Wonder” that the Dmitry Molosh & Navar partnership is destined for success. You can now listen to the full premiere of Hernan Cattaneo & Marcelo Vasami’s remix exclusively on When We Dip. Enjoy!