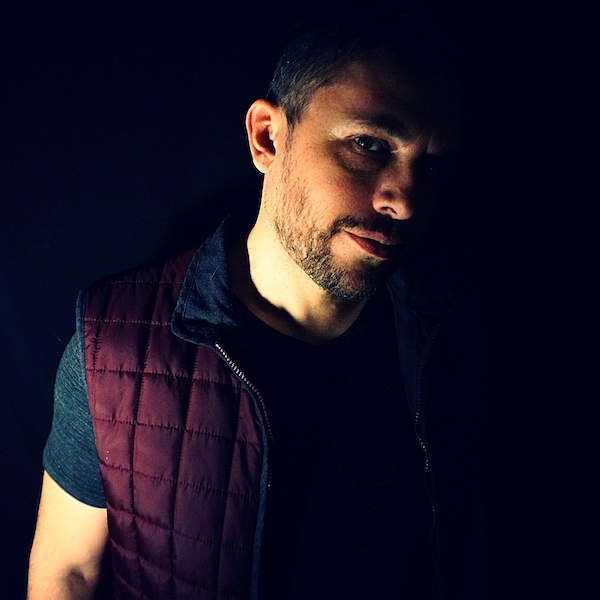 Sourcery is the third full-length album by A Path Untold, aka producer/composer Daniel Merrill, who has been creating and releasing under the moniker since 2015.

In relation to past works, it is ever more evocative and far-reaching in its scope, resulting in a progression of songs designed to transform the dancefloor into sacred space and back again, while providing an evolving, enthralling ride that facilitates as much of an inner journey as listeners want to take. The album draws on genre elements from future garage, deep/slow house, ambient downtempo, medicine music and a variety of multicultural flavors.

With the album out now, we caught up with Daniel to discuss its myriad themes and inspirations behind its creation.

Thanks so much for having me. I’m currently in Grass Valley, CA, which is a creatively vibrant little mountain town in the Sierra Nevada foothills of Northern California. I moved here a little over a year ago from the other side of the country (Maryland), and it’s been an incredible life change. So far today, I’ve mainly been working on some brand new music for my new EP, which is very exciting to me, as I’ve been far too busy for months to write anything new really.

My first musical memory is of being about 3 and standing on my tip-toes to reach up to my fathers record player and put on a record, one that I just couldn’t get enough of – The Cars’ “Shake It Up”. I very much remember how excited I felt dropping the needle onto the record, and the whole album just got better and better with every listen. I remember thinking this music thing was very exciting!

Beyond “Shake It Up”, the first records I really started to develop a relationship with were The Police – “Synchronicity”, Led Zeppelin III, and Michael Jackson’s “Beat It”. Then, around the age of ten, I discovered hip-hop, and specifically Easy E’s “Easy Duz It” and NWA “Straight Outta Compton”, which of course made a pretty lasting impression. Deep Forest and Enigma also had a strong effect. My father exposed me to a wide spectrum of music, luckily. That was all before my metal obsession, which came a bit later.

WWD: For anyone unfamiliar with your music, how would you describe your sound?

A cinematic, emotive fusion of organic downtempo, slow house and future garage with an emphasis on mood, atmosphere and melodic storytelling. Music that strives to be a soundtrack to life, embracing and exploring the relationship between opposites, such as mystery and discovery, light from darkness, ancient and future, melancholy and euphoria. It’s been called “Ancient Future Garage Downtempo Spirit House”, as it doesn’t fit neatly into any one genre box.

WWD: What helps you get into a creative mindset?

Something that has always worked for me is to focus on the feeling that creativity, and music, are truly limitless. It can sometimes be easy to forget that, with all the trends, genres, marketing, social media, scenes, etc. So, I try to engage in the sense that anything is possible, that incredible things are just waiting around the corner to be discovered, and that my imagination is pretty much an inexhaustible tool to explore the boundless spectrum of consciousness and expression. That sense of discovery is thrilling to me and keeps me going a lot of the time.

There are up and down days of course, but for the most part, if I lose sight of that feeling, I try to be very conscious of it, and do whatever it takes to return to that state. Every day is its own opportunity and challenge to do that. I find and focus on inspiration I feel from the things around me (music, love, film, nature, exercise, life adventures, travel, people, etc.).

Then, with that being a baseline, I do my best to show up to my creative space every day that I can, with little expectation – just a sense of being open to what that feeling of limitlessness might reveal, and then I start exploring ideas. I experiment and look for that little glimmer of “oh wow, that’s something special” inspiration, and then the door starts opening wide and wider, and the flow-state starts happening. I pose the question to myself “what is the music I would want to discover in this infinite spectrum of what is possible?” Then, I set about trying to make that. The quote “don’t make what’s there, make what’s not there” rings in my mind a lot.

WWD: Your new album Sourcery landed this year. To us it has quite a dark, moody atmosphere – did you intentionally set out to create music like this?

Not exactly… I always just set out to make music that embodies whatever I’m feeling at the time, as honestly as possible. As all humans do, I have a spectrum of emotions and I feel they’re all valid and worthy of reflection, so this results in a sound that represents duality. I’ve always felt that music/art is the most satisfying and compelling when it tells a powerful story of contrast – to me, the light is so much more profound, and convincing, when it evolves out of a sense of mystery.

Also, I wrote a little over half of this album throughout the pandemic, in the city of Baltimore, a city highlighted by its intense struggles. Therefore, it contains honest observation and reflection, which to me is the role of art, to represent the truth of its creator and to tell the story that needs telling. I try to do that first and ask questions later. I also feel that there are definite uplifting moments on the album, but all of this is a matter of subjective opinion of course. I want the listener to make up their own mind. I simply strive to tell the whole story as I feel it.

WWD: Do you have any particularly favorite tracks on the album? Or ones that were a real challenge to finish?

“Heart Matters” and “Procession Of Titans” are definitely some of my favorites and were really a lot of fun to make. I had profound creative experiences making them, through exploring the melodies and the emotional spaces they led me to. The intro track “Stand and Be True” was a challenging one to finish, mainly because figuring out how to begin an album can definitely be rather tricky and elusive. It’s a process to define the first moments of sound that a listener will hear, thereby inviting them into the world of the album and the story it’s trying to tell. That can be a difficult thing to unravel and cultivate – it’s a question that, for me, takes some time to answer and involves a lot of experimentation, to reveal something that really works. It took me about 6 months and many revisions to arrive at the final form of that track.

WWD: How does it feel to be the first musical artist on a label that has to this point focused on visual artists? Does that come with its own pressures?

It’s a very interesting and exciting position to be in, being the first of the medium in this collective. I feel a deep reverence for the work of all the artists on the platform and have been inspired by their work for years, so it’s all a bit surreal to be honest. I’ve been invited into a collaborative space to creatively cultivate and pair audio with some of my favorite visual creators in existence, so it feels like a profound privilege! It’s also definitely a bit intense being the first, there’s a healthy amount of pressure to do the best work I can, which is honestly great. You just have to focus on using that to fuel your creative initiative… Also, I know that this collective is built upon the premise of “sticking to your guns” and being as authentic as possible, and that makes me feel right at home. The sense of community support is something I’ve been looking for, for years.

WWD: When you’re not working on your music, how do you like to spend your time?

WWD: What else should we be looking out for from you this year?

I’m currently working on a new EP that I’ll be putting out this fall on The Chambers Project. Then shortly after that, I plan to release the second EP in the “Numinous” series, which I started a couple of years ago on Timewheel Records, which features music I’ve developed over the last decade and is only now being completed and finally released. There will be a remix EP of Sourcery hopefully out later this year and of course, the full vinyl package for Sourcery that will be packed with content. If people want to stay up on all these developments and more, www.thechambersproject.com/music and www.apathuntold.com are home base.