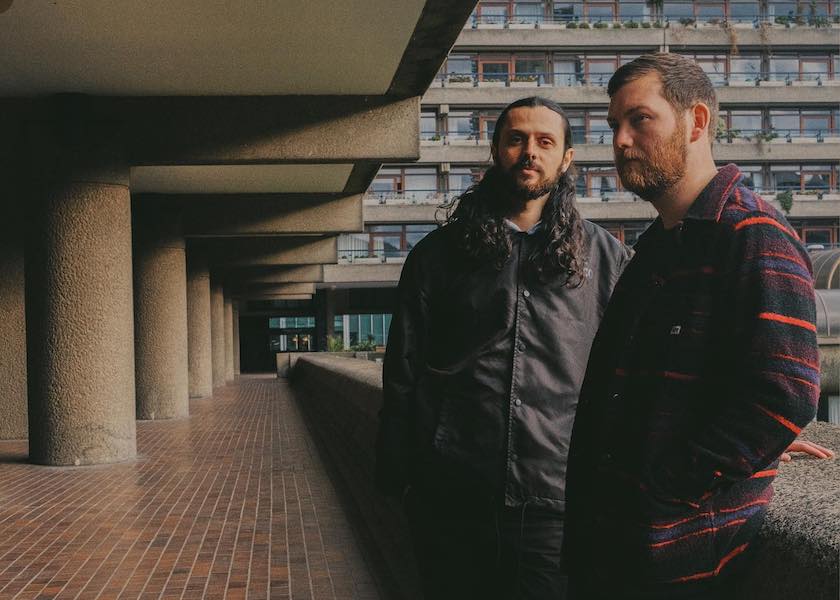 Interview : Mona Vale debut on TOR with sensational new EP – Something I Can Change

Mona Vale arrives on TOR with a soaring sound built upon live electronics & indie dance tones. The UK-based duo has caught the ear of worldwide heads with their releases on Anjunadeep, Eton Messy, and Cherry House. We’re thrilled to welcome them to the Dip label family with their debut EP on the imprint – Something I Can Change.

The A-side Something I Can Change opens with chopped vocals rising into a crisp groove, allowing sensational melodics to float alongside an easy-flowing house kick.

On the flip, Not For Me welcomes galavanting guitar riffs over a dreamy soundscape. Just as you drift into the clouds, a punchy & round bassline snaps right back into the groove, ensuring dancefloor delight.

To celebrate the release of ‘Something I Can Change’ we sat down with British producers Mona Vale to discuss their debut to TOR and how they came to be.

WWD: Welcome to TOR Jamie and Lewis! Thanks for chatting with us, where are you joining us from today?

Jamie: Thanks for having us! We’re both living in London at the minute, albeit other ends of the city as I’m in Brixton and Lew’s in Hackney

WWD: Tell us about your hometown, and the role it has played in your journey thus far.

Jamie:  We grew up just outside of London, I wouldn’t say the place exactly inspired us but looking back now all our friends from back then and what we were all listening to had a massive impact on us. We’re living quite different lives now but our music tastes have all evolved the same way, which can’t be a coincidence. Think there’s a lot to be said about how much the people you hang around with when you’re younger affects your music taste for the rest of your life.

We’ve both been living in London the last 5 or 6 years and it’s been a really big influence. We’ve found a really supportive dance music scene in London that you don’t necessarily get with other types of music, it’s nice going to gigs and knowing some of the other DJs and seeing familiar faces.

Lewis : The biggest impact on our music was those first few adventures out to the big cities. Discovering the dance scene in London and also in Birmingham – where I studied at uni, was what exploded our interest in dance music culture after being in indie/rock bands our whole childhood. One of the reasons Jay and I work so well together is because we have been through all the music phases together and it’s shaped our taste. WWD: Have you been touring lately? What’s been the most memorable party you have played this year?

Jamie:  Yeh we’ve been playing both live & DJing a lot which has been really fun the past year. The one that stands out is our headline live gig back in march, that was a fun one. We played at Notting Hill Arts Club which we deliberately picked as it’s got this small basement vibe but the sound systems and lighting rig are great. Was the first gig we’ve been able to play our own music live for an hour + so pulled out all the stops, making interludes between songs and even made some edits/remix’s that we played live which went down a treat!

WWD: Where did you find your inspiration for ‘Something I Can Change’.  Was there a particular sound, moment, or object that sparked this project?

Jamie:  We were on a bit of a roll when we wrote Something I Can Change and Not For Me. We wrote them around the time we wrote our song ‘Pieces Of You’ which was released on Anjunadeep this summer. They came together pretty quickly. Melodies are always the most important thing for us, if it doesn’t evoke a strong emotion then we will end up moving on from it quickly, but these had a nice chilled out summer time vibe that we were into. It’s been nice to start to play guitar and keys on our songs as that’s what we grew up playing, there’s even a guitar solo on Not For Me that really works which is something I thought would never happen in a MV tune – the self indulgent guitarist will never leave me!! 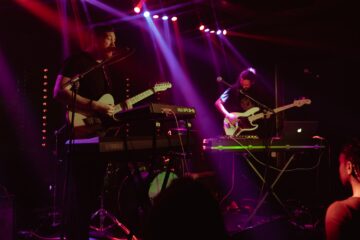 WWD: How did you two come to meet? When did you decide you would make music together?

Jamie:  We’ve been best mates since we were 11 or 12 from school, being in bands together since then so we’ve actually never not made music together. Thinking about it now, we’ve been making music in some form or another for almost 18 years!?! That’s a bit shocking actually… we’re getting old man.

Lewis:  Ahh yeah it’s been such a long time! The story is that there were two bands that had just started in our school year 7 or 8, and I was the only kid who decided to learn bass guitar (weirdo), and ended up choosing the band J was in. That started our friendship and musical journey together, for a long time we were just the quiet rhythm-guitar and bass player. Eventually J started writing his own songs and singing, whilst I was getting more heavily into electronic music at Uni. We’ve gradually done more and more music together over the years until the point we are at now where we are in deep musical discussions over WhatsApp and sharing Logic projects on a daily basis.

WWD: How would you describe the Mona Vale sound for people who have not listened to your tunes yet?

Jamie:  If we had to describe our sound it would be disco-tinged emotive dance music. We love the rhythmic aspect of disco and house but felt they could border on being a little bit cheesy melodically sometimes, So we’ve tried bringing some emotion to those rhythmic elements and pushed forward our love for songwriting.

We had a bit of an epiphany about a year ago that we didn’t have to make our music solely to be played out in DJ sets and clubs, and it’s changed our sound a bit. For us, when we write music we’re gearing it more towards playing it in our live sets and luckily they work when DJ’d as we know what will go down well on the dancefloor too. We rarely play our music in our DJ sets. To us DJing isn’t really about who’s behind the decks, it’s about reading a room and making everyone feel included, so playing our own song just to give us an ego boost when it’s not the right song to play doesn’t do it for us. Live sets are pretty much the opposite and we’re in our own bubble when we’re up on stage, but still amazing all the same. Nothing quite beats playing your own music live to people and they resonate with it. 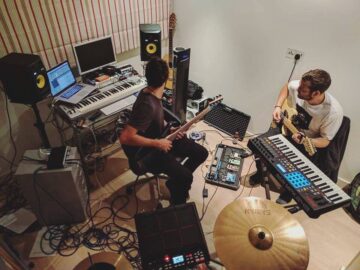 WWD: If you could collaborate on a project with any artist, who would it be?

Jamie: Barry Can’t Swim – He’s absolutely killing it and definitely our favourite producer at the minute. I think both our sounds would mix pretty well together.

Lewis: Def agree with that, Barry Can’t Swim is nailing the melodic dance vibes. Would have to be Fred Again for me though, he is such a talent and doing great things for the industry, would love to work with him one day.

Jamie: Oh yeh 100% Fred Again too. He’s the man of the hour it seems right now and for good reason. We saw his live set in the winter and it was the best electronic live set we’ve seen by a long stretch – he just knows how to connect with people.

WWD: What have you been listening to lately? Any artists, tracks, or labels you’ve been playing in your sets often? What would you say is your “song of the summer”?

Jamie:  LP Giobbi – ‘All In a Dream’ has been on repeat lately. Been listening a lot to Totally Enormous Extinct Dinosaurs new stuff recently which has been great, loved his Distance EP and the new tunes he’s bringing out in the run up to his album have been great too.

Lewis: For DJ sets we always end up playing something on Toy Tonics, also loving LF system recently to get the party going.

WWD: Jamie and Lewis, thanks again for chatting with us.  Hope to see you guys soon out on the dancefloor! 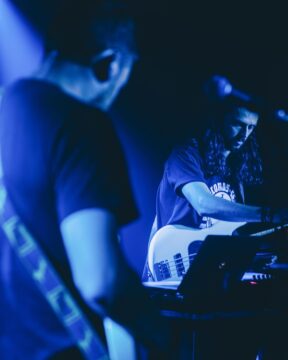