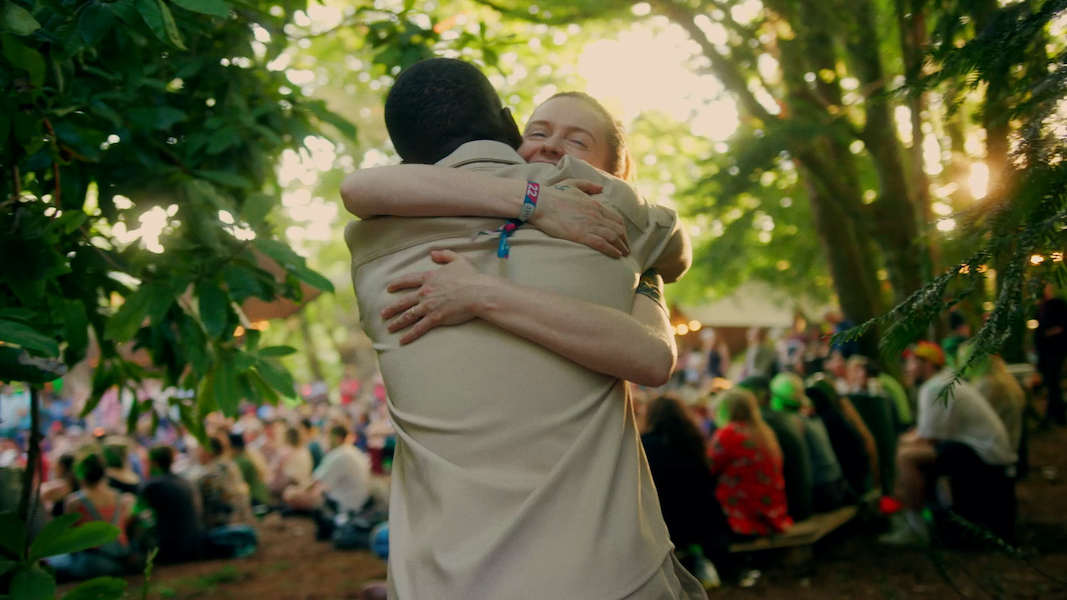 ‘Ready’ is the new track and collaboration by two of Ireland’s most exciting artists, Elaine Mai and MuRli: a soaring, empowering electronic banger that reaches for the stars from its dancefloor roots.

Elaine Mai and MuRli were brought together as part of the Jameson Connects campaign, who challenged these two singular artists to create a song that would be performed live for the very first time at All Together Now, one of the highlights of Ireland’s festival calendar. The outcome was the upbeat and inspiring song ‘Ready’, with MuRli’s stunning vocals and Mai’s incredible production resulting in something truly special.

The track was created from a guitar sample by MuRli that Mai expanded on to produce the rest of the music. Once MuRli added the lyrics and vocals, the track was ready to be performed exclusively to the crowds at All Together Now on the final night of the festival.

Elaine: Right now I’m in Dublin having a coffee at home and watching my 4-month-old on our baby monitor. My wife and I welcomed her in May, so that has been a lot of fun! We’ve planned a takeaway for later to coincide with the Great British Bake-off. Steadfast fans in this house.

MuRli: Thanks for talking to us! Right now, I’m in the studio here just finished writing with Niwel Tsumbu who is a guitarist you must check out if you don’t know him. One of the best at what he does. He brought some crazy ideas and we just had a crack at them. Serious buzz! Getting ready to go check out a little viewing of a Féile na Gréine film in the city in a couple of hours.

Elaine: Playing the tin whistle (badly) when I was very small. I remember my fingers being too small to be in any way effective. I also remember the music my Mum loved which she played all the time in our car like ABBA and The Bee Gees.

MuRli: Learning the national anthem from an old veteran who was also our lanlord when I was like three years old. That counts as music right? We also sang and marched our way to class to the rhythm of the drums every morning in school from age 4 so music really was with me from early.

Elaine: I was obsessed with Jagged Litttle Pill by Alanis, that album made me want to pursue music and seeing her be unapologetically herself when she performed was really inspirational to me.

MuRli: The first one was Born To Do It by Craig David, to me that’s a classic! I bought the tape and I played it every day and learned all the songs. Get Rich or Die Tryin by 50cent was another one that really got me. The beats on that hit so hard! The ultimate game charger as far as influencing me to do what I do now though would be The College Dropout.

WWD: Tell us about how you came together on the new single… it’s had a slightly unusual genesis, right?

Elaine: The project was kicked off by Jameson Ireland as part of their Connects campaign. They brought us together to collaborate and then perform the collaboration for the very first time at the All Together Now festival here in Ireland. I think we both went into it with open minds and a real curiosity for what might come of the collaboration. We both have different styles so coming together was really exciting and fun and we had an instant connection which made it really easy to be creative and open with each other. Being a part of the campaign was really fantastic and performing the track for the first time together in front of a festival crowd was a serious buzz!

It seems to sit across a few different genres – which makes sense as you’re both bringing your different influences to it. But we’re interested in how you would each describe Ready….

MuRli: Elaine said I’m better at this one so she’s letting me have it haha! I had a catchy quote about this earlier on and I think that’s what she’s referring to but I can find it so here’s a new one: Ready is the autumn anthem you didn’t know you needed because it signifies something fresh and exciting on the horizon yet you need just that little kick up the backside to go and get it. That kick is in this track. Anyone who sits with (If that’s possible) for a while would confirm this. Seriously, this feels like the first coffee on those nippy mornings.

WWD: Elaine – this is the first new music you’ve released since you put out your album last year. How did it feel getting back in the studio?

Amazing. It was also really cool to be collaborating with such a brilliant artist on something totally new. I feel as though I had enough space from my last project to really come at this with a fresh perspective and I absolutely loved it.

WWD: MuRli – you’re one of the key players in the Irish rap scene. What drew you to working with Elaine?

Thank you! I really just love what I do so much and I would always jump at the opportunity to at least get in the studio with anyone who’s serious about their craft, but Elaine is someone who has been consistently putting out bangers for a while now and if you’ve been doing it for a bit and still sound and open to try new things, to me that means you’re about your art and the result is there for us all to see now. It wasn’t even a risk, I just knew this would work from the day we met.

WWD: When you’re not working on your music, how do you like to spend your time?

Elaine: Hanging out with my wife and daughter, watching films and TV shows, I’m loving Industry right now. I also love playing mobile games like Smash Hit and trying to guess the daily Framed film. When I have the time, I love to cook I mastered bearnaise sauce recently which is a cookery career highlight for me!

MuRli: I’m a bit of a foodie, so I love making a tasty little dish and sit back and catch up on Atlanta or whatever my new favourite show is, or looking for cheap flights to go somewhere new, to change my environment a bit. Other than that, just the usual boring stuff like sleeping loads and watching every soccer game available.

WWD: Finally, for you, which new artist have you discovered this year that’s really blown you away?

Elaine: Bobbi Arlo is an up-and-coming Irish artist with a serious voice, presence and fantastic tunes. Absolutely one to watch.

MuRli: Asake. He’s a Nigerian artist who’s really adding a new flavour to the mainstream African Pop music landscape in the form of his catchy and well crafted hooks. He reminds me of early Akon or T-pain, as far as pop stars that would jump on any song and instantly turn them into a hit. He’s got that.