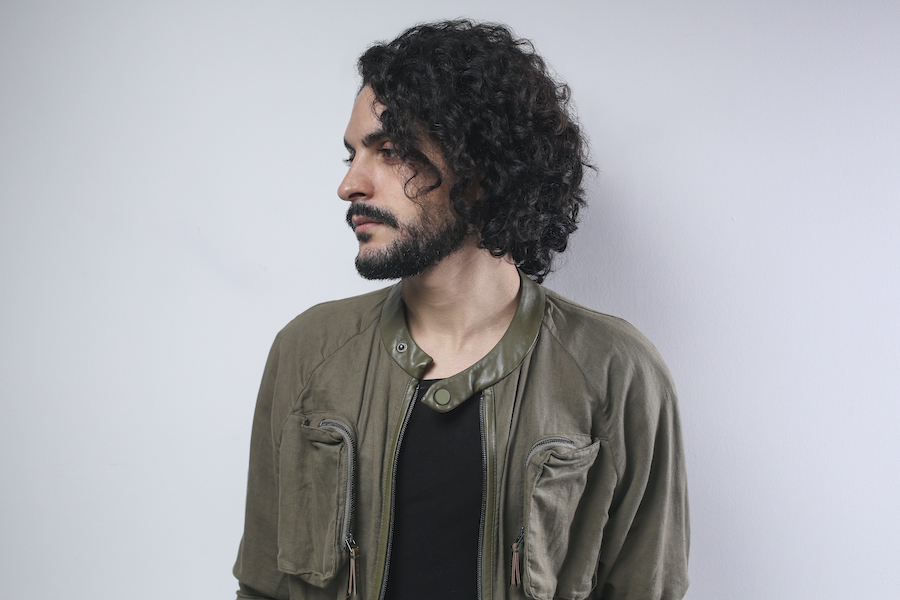 Interview: DAVI talks about his new ‘Nosferatu’ EP, working with the Crosstown Rebels family and more

DAVI shares an insight into the long-running process behind the EP:  “Over the past 7-10 years, I have accumulated many ideas in my hard drive that I always wanted to make into songs,” he says. “‘Nosferatu’ was first made in 2014, but I never finished it. This year I went back to my old projects and brought them back to life with a newer touch. Since I am known for a specific sound and style through my productions, I wanted to get out of my comfort zone for a little and make bigger tracks for bigger dancefloors. I believe this is what I was aiming for in this EP.”

The title track kicks off with head-nodding drums and sporadic, quick-fire claps while a gnarly synthline winds through the soundscape. A heavily pitched-down vocal adds a psychedelic feel, building tension that’s apt for a teeming dancefloor. On the flip, Mirage feels like a dip in the Balearic sea — warm, rippling and radiant. A thumping kickdrum shapes the mood, meandering between a low-strung bassline and distorted vocals. A potent blend of dark and bright textures.

Armenian-born DJ, producer and musician DAVI has followed an upward trajectory over the last decade, releasing on celebrated labels like All Day I Dream, RADIANT and many more. Musically gifted from a young age and influenced by rock icons Pink Floyd and Led Zeppelin, DAVI landed a place at Komitas State Conservatory’s music department in Yerevan, Armenia, where he finessed his skills as a producer. Having moved to Los Angeles in 2006, where he currently resides, he immersed himself in the city’s electronic scene and soon released his own melodic house, techno and electronica. The likes of Hernan Cattaneo, Nick Warren and John Digweed played DAVI’s work, amplifying his profile to a new level. DAVI’s DJ sets reflect his dynamic and open-minded approach as an artist, with bookings across the USA, Canada and, of course, Tulum in Mexico, where his sound sits right at home.

We had the chance to talk with the talented producer about the new EP, working with the Crosstown Rebels family, the current state of the electronic music industry and more. Enjoy!

WWD: Hey DAVI, a pleasure to have you with us today. How are things going and whereabouts are you based right now?

Everything seems to be going on the right track. Can’t complain. Mostly busy traveling for shows, not enough time in the studio as usual. I am based in Los Angeles.

WWD: How has the music scene been doing there recently?

The LA music scene has been growing very rapidly. Compared to 6-7 years ago I would say it has become one of the biggest if not the biggest in the country. I remember back in 2008/09 when I just started playing shows here, NY was always known as the dominant and probably best in the US (at least that’s what I would hear from everyone). There are so many events happening every weekend that it’s really hard to keep track of what’s happening every Friday/Saturday. We have at least 4-5 major clubs that are booked months in advance with big-name artists. Insomniac and Framework have really taken their shows in the city to the next level and I’m not even mentioning the festivals. Also many independent promoters have grown substantially such as Sblctr who are my good friends and have been delivering top notch events and production.

WWD: We’re excited to be chatting with you around ‘Nosferatu’, your third release on Damian Lazarus’ revered Crosstown Rebels imprint. Congrats on another great release on the label. How would you describe this one in your own words?

Actually, this is my 7th release with Damian, but 3rd on Crosstown. The rest were on Crosstown’s sister label Rebellion where I built my name from ground up. This release is a bit different from what I have released in the past. It’s more focused on big room dance floors. Everything else that I have released besides “Lie Machine” was more deep house oriented. Lately, I have been really into classic club sound that is mainly focused on the dance floor with not much of a complication. It really narrows down to one direction and it’s really what most of us djs look for when we play a big room club. I wrote these tracks many years ago but never really brought them to life until the beginning of this year. I have so many like these sitting in my hard drive. I might start releasing them on my own label next year.

WWD: We heard that you initially began work on ‘Nosferatu’ a few years back, what’s the story behind the title track and how did it eventually come to find its home on the label?

Well by now it’s no surprise Crosstown has been my closest home for most of my productions. Damian’s taste in music really aligns with mine in a lot of ways. Sometimes when I write something and I get a good idea going, I can already tell if he might like it or not. Nosferatu was really one of those, I immediately had Crosstown in mind the minute I had the initial loop (idea) going. The track is probably the darkest tune I have released and to me it sounds quite scary. ‘Noferatu’ is a very old iconic and highly influential silent horror film from 1920’s I just really liked the name and pictured the vampire from the movie.

WWD: And what about the B-side, ‘Mirage’?

‘Mirage’ is the club sound that I was talking about. I really love the simplicity of the groove and vibe it has but at the same time it sounds massive on a big sound system. If I remember it right, this track was completely different when I first started it and nothing close to what you are hearing now. I ended up making different versions throughout the months (as we all producers do) and it somehow turned into something else which I didn’t plan at all. This is what I love about music production the most. I don’t like repeating myself and doing the same thing over and over. We all have our comfort zones and using the same chord structure or same sound elements are so boring. I can’t find myself excited working on the same vibe all the time. This has been a conversation between my producer friends and myself. I really don’t like when my favorite producers keep producing the same sound and same type of tunes for too long. It’s a must to leave your comfort zone to explore other environments

WWD: It must be a great feeling to have the label’s backing once again. What’s it like working with the Crosstown family?

Of course, Crosstown is family like no other label. I’ll never forget when I sent my first EP to Damian. I seriously had no expectation to hear back from him. I was not known at all. I only had a few releases out at the time. He got back to me within a few hours telling me how much he loved what I had sent him. After that moment I knew I found my new home for my sound. I grew with the label over the years. It’s been 11 consecutive years that I have been releasing music with Damian. It’s hard not to call it family at this point. I am forever grateful for all the opportunities he has given me all these years with Day Zero, Get Lost, Wild is Love and many other bookings that I might be forgetting now. It has been a wild ride and definitely many more to come.

WWD: As an artist who has graced some of the scene’s top labels such as Anjunadeep, Voltaire, Variety Music and of course Crosstown Rebels, we’d love to hear what your top piece of advice would be for aspiring artists?

If you had asked me this question 5 years ago I would have had a different answer. I would say do what I did. Find a label and stick to it and grow your sound and be consistent with releases. But to be really honest with you, I might be totally wrong with this because everyone has a different path and journey. I am starting to think that there might be other ways to break into the scene. I personally think that big labels are great in general to get your name out, but at the same time if your music is really great and you have a very special talent, people will discover you regardless.

The tools we have these days such as Spotify and Instagram, the possibilities are endless. It’s all about how you approach it. There is no 1 answer, that’s what I am trying to say. I see people with 0 releases playing more shows than people that are 10 times more talented and produce amazing music. The scene is very unfair at the moment. At least that’s how I see it. For some reason talent is not as appreciated or seen as it used to be. I’m not saying that talent doesn’t get you anywhere, but we tend to hype up people for no absolute reason these days. We prioritize brand over music. Pretentious instagram personas over art, people with ghost producers and fake instagram followers pretending to be someone they are not and people buy into it.

I studied music for years and was always around real musicians when I was growing up. Seeing all these people dedicating their whole lives studying music and understanding how things work and how to play instruments, how to arrange or write music needs to be respected over regular DJs that don’t bring much to the table.

I always say this, without music producers there is no music. So why are we not prioritizing talent first? Sometimes I have moments where I am not motivated to write music anymore for this exact reason. Or if I do write it, I just write it for my own soul and leave it in my hard drive because it really isn’t the same anymore. I know this is not what most would like to hear and doesn’t sound very positive to the public but this is how I see things and for the most part, it’s a sad reality. Best advice is, do what makes you happy, and hope that others will join your journey. The more you stay natural and cut out the noise the healthier your growth will be.

WWD: Thank you for your time today DAVI, it was great to speak with you. To round things off, is there anything else upcoming that you’d like to share with us?

Thank you for having me. I think I may have rambled on long enough 🙂