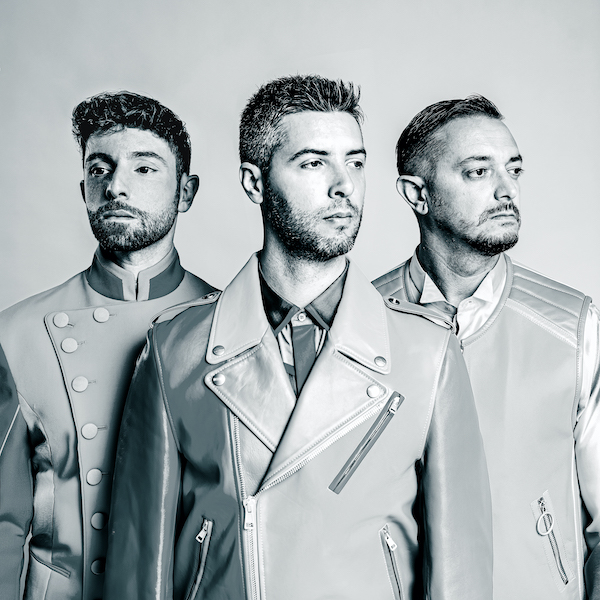 Interview: Meduza talk about the remixes of their single ‘Bad Memories’, new album and upcoming projects

Fast-rising UK talent Tita Lau has remixed the Meduza, James Carter, Elley Duhé and Fastboy hit single ‘Bad Memories’, out now. Following on from a remix by Swiss electronic don Andrea Oliva, the Tita Lau rework of ‘Bad Memories’ is a club-ready creation that is characterized by a hypnotic bassline and scintillating drop.

A certified smash, the original has racked up 40 million Spotify streams and sits at #83 in the OCC Singles chart, #37 in Apple Music UK, #78 in Shazam UK and #24 in Shazam Global. It has also been nominated in the category of ‘Best International Video Group’ at the UK Video & Music Awards. Elsewhere, Meduza just headlined Outernet in London on 22nd October, presenting their Odizzea live show for the first time in the city.

“Love the Meduza guys so being asked to remix ‘Bad Memories’ was a massive honour,” Tita enthuses. “I love the energy in the vocal so I wanted to give it the Tita Lau treatment ready for the clubs, and I think I’ve made something heavy for the dancefloors! T-Gang approved!”

‘Bad Memories’ marked Meduza’s first single release since the viral ‘Tell It To My Heart’ featuring Hozier, a track currently sitting at 106 million Spotify streams. Prior to that was the similarly rousing ‘Paradise’, Meduza’s collaboration with Irish chart-topper, Dermot Kennedy, which has racked up over half a billion Spotify streams, and achieved platinum awards in multiple countries, peaking at #5 in the UK Singles charts.

Meduza exploded onto the scene in 2019 with ‘Piece Of Your Heart (ft. Goodboys)’, a seminal global smash which has clocked up over 1 billion combined streams since its release and received a Grammy nomination. The track went diamond, multi-platinum and gold worldwide, including in the UK, selling over 1.2 million units and peaking at #2 in the UK Singles Charts and #1 in the US Dance Charts. This was followed up by the equally successful ‘Lose Control’, a collaboration with UK artists Becky Hill and Goodboys, another global, multi platinum-selling hit, which clocked in at #11 in the UK Singles chart and has also amassed more than a billion streams alone.

We had the chance to talk with Meduza about the remixes of their single ‘Bad Memories’, new album and upcoming project. Enjoy!

WWD: Hi Meduza, thanks for speaking with us. Where are you joining us from today?

Hi guys, thank you for having us. We are currently on our North and South America tour, where we’ll be playing some DJ shows in USA and Canada, finishing with our Odizzea live show in Brazil at Green Valley for their 15th Birthday.

WWD: Tell us about how this year (2022) has gone for you, what have been some highlights?

We’re happy that we are finally back on tour after Covid. We can now perform live to test out our new tracks. Bad Memories, our new single, is climbing the charts and currently number 1 airplay in the USA. Summer has been busy, we’ve had a great season in Ibiza. We couldn’t ask for any more from 2022.

WWD: What lessons have you learned about yourselves since you as Meduza formed?

Speaking personally, I love touring and playing shows, but I’ve learned that sometimes you need to have a break. With the long flights and late nights, our bodies are constantly stressed. It’s like being a phone. When the battery gets low, you need to stop and recharge. Recharging can be so helpful when making music as we’re less tired.

WWD: Your single ‘Bad Memories’ has had remixes from names including Andrea Oliva and Felix Jaehn, how is it to have names like these involved? Have you been testing these out on the road?

Yes, before giving the final ok, we love to see the crowd’s reaction to our remixes. Andrea is a great friend, so we’re excited that he has been part of this pack as we love his sound, Felix bought incredible ideas, a faster BPM, and I think this will be a thing in the next few years and honestly, we love the way he treated our song.

WWD: With singles being released in your name, will we be seeing an album release soon?

YES! We are currently working on an album set to release around March 2023 (tbc). We’re so close to finishing! We only have 2 or 3 songs left to do. We’re all so excited about this project. We can’t wait to share it with everyone!

WWD: In what different ways do you typically approach preparing for your live sets compared to your DJ shows?

We have a few SD cards with some folders, but other than that, we don’t usually prepare the sets that much. We show up 30/45 minutes before the show and stay there until it starts. I like to wait backstage to see the crowd and try to guess what the vibe of the club is going to be. From there, it’s all about the feelings you create with the audience. It’s a different story in every club and every country you play, so no 2 sets are alike (apart from our classics that we know people will want to sing along too).
You have collaborations with names such as Vintage Culture and DEL30, could you describe how these ideas came about?

Most of the time, festival line-ups are very similar, so you tend to bump into people that you’ve met before and become friends with them. If there’s someone that we get along with really well, we make a point of collaborating with them. This is what happened with Vintage Culture and Del30 as well as other artists like Matador, Eli&Fur and many more.

WWD: Tell us about your hometown of Italy and the role it has played in your journey?

Home is home. We love Italy and our families that live there. We’ve been travelling for a while and there are a lot of magical places in the world, but when we finally get home, it feels great. You can’t get that feeling anywhere else in the world. It relaxes our minds and souls and recharges our batteries to give the best on our next tour, and that’s so important to us as we want to give 1000% to the people who are coming to see us. And obviously, Italy has the best food in the world, so that helps haha

WWD: What’s next for Meduza? Any upcoming projects or shows you can tell us about?

2023 is going to be the year of Meduza! We have a new album coming out, and we plan on launching our own club label where we will release our club music along with music from some of our friends. Finally, we’re working on Odizzea 2.0 with all 3 of us playing live with keyboards, racks, and machines. A Proper electronic show with great 4K visuals to bring around the world!