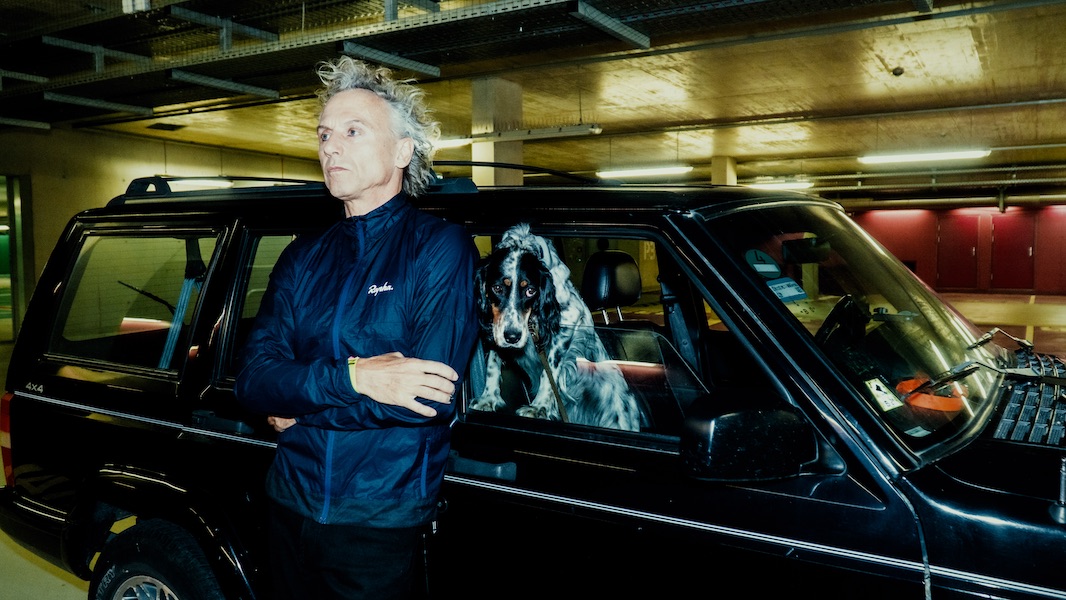 Cut NHOAH and he bleeds musical notes, his heart pumps its beat to the rhythm of the club, his mind locked into the ravers’ psyche and his spirit descended from our drummer ancestors. A consummate party connoisseur, DJ set architect, dynamo producer, and experienced studio hound, he has the music, vision, creativity, drive, winning personality, and lust for life to set the rave alight every single time. Among the broad and diverse electronic music community, there are very few true mavericks who uphold the core belief that music is the result of something bigger than us, something divine. NHOAH is one of these rare artists. Today we have sat down with him to talk about his second studio album simply titled «TUNE» as well as his intentions behind the project, his studio setup, and many more.

WWD: Nhoah, many congrats on the release. Thanks for chatting with us today, where are you joining us from today?

Thank you very much. Really looking forward to our chat. At the moment I’m in Vienna. After the ADE and Berlin, I’ll be in the studio for a few days before I’m on the move again.

WWD: What was your intention going into this project?

The Raves! To start from scratch.

First, everything was on hold due to Covid. The breaking down of the whole club culture, the lack of exchange between people. The lightness of life was gone for quite a while.

Then my father died of Covid and my inner pressure grew. Still, I was full of music and started producing intensively. After six months I had six tracks ready and they all sounded like shit. After that I felt empty, it was like the closing of an era but at the same time, I felt the dawn of a whole new era, even if I didn’t know where it was going yet. My tracks seemed too slow, it wasn’t until I made my tracks 20 beats faster that I felt in a good place – 20 beats is a lot, something like that splits genres. I briefly wondered if I was off my shit but then thought “fuck it”, that’s how the first song “DON’T GET HIGH” was born.

The punk in me came out for the tempo revolution. I’ve always swum against the tide which didn’t always do me good but at best led me toward completely novel music.

Then, finally, raves were back. Cool people set up good equipment in random places, mostly outdoors, and crowds danced easily and freely. That’s important – rave is freedom. My intention with my new album is to bring the sound of a positive but powerful revolution for freedom, void of dogma.

WWD: What are some of the main ideas you wanted to bring to life with his LP?

The album is called ‘TUNE‘, inspired by a thought that came to me between others dancing at a club. To capture how we, as a crowd, agree on a common level where soul and body are in harmony, ‘in tune’ with the environment. In this state of mind, happiness can find you and restore endless possibilities.

WWD: For those who still haven’t heard the album, can you give us an idea of what to expect from this long play?

The album is complex and can easily attach to different situations. When you sit at home and need a motivating push, the track LIFE LIKE A BREATH could be for you. When you meet friends and want to crash a party, you might listen to WE ARE HERE ALL THE SAME. Or when you need lots of positive energy, you can listen to DON’T GET HIGH. Personally, when I’m really popping off, going for the peak of ecstasy, I go to RAVE22. And then there’s the after-hour, a sunny morning when I’m lying on a meadow chewing a blade of grass, wanting a track like WHEN WE to catch me. So many different moods on this album but the unifying element is that you can always rave to it. It’s an attitude, a lifestyle.

Plus, I would like to emphasize that the album is top-produced. This isn’t the work of a few weeks or months, it was a very long process. I surprised myself with how happy I am with the outcome. I regularly wish I could improve things in retrospect, but that’s not the case this time.

My studio is absolutely packed with synthesizers and modules as well as old compressors, equalizers, and tape machines. Over the long course of my career as a producer, I’ve always kept the equipment I particularly liked. In Berlin, I had a studio where my control room alone was 70 m². Today I have only 20 m², everything’s stacked Tetris-style. It has Apollo spaceship capsule vibes, I can reach everything with my hands.

I’m at the studio 10 hours a day, seven days a week. I admit I’m a bit obsessed, and always have been. I’ve written some really big hits, receiving gold and platinum records for my production, on only a four-track recorder which then took even longer. I have lots of photos of my current studio on my Instagram too.

WWD: Can you name some of the instruments/plugins that you believe define your sound?

WWD: What has been your highlight gig this year?

I mostly remember special moments. For example, I played at a festival that I don’t want to name here cause it’s a wonderful one.

When we went backstage and to my surprise, there were quite a lot of presents. Headphones, heating pads, and a box with joints for each one of us. My friends were absolutely delighted. We loaded up on the stuff and just when things started to get really cozy, someone from the festival dropped in frantically looking for something… Turns out the presents were meant for the famous hip-hop group on the other stage. We gathered up what we could and put it back, the rest had already gone up in smoke.

I’m right now getting into an event series I’m doing with friends and partners. Great location, the decks, and instruments in the middle of the dance floor, free food and drinks, invited guests only, and a 4-5 hour set. We set a glamorous theme, guests dress up, and lots of other artists like painters and visual artists are involved. It’s spectacular. We’re going to step it up and host it in other venues as well. Since its invites only, follow my Instagram to stay posted

WWD: What’s next for you now that the album is out?

Playing live! And to keep producing. New tracks and sounds are the basis for my shows. The “can’t fit my ambitions into one-lifetime” thing is very much alive with me. My craziness of running through life trying to create the best track, the most impressive show, and meet other artists and wonderful people to enjoy together is still struggling against the need to sleep and eat.

There’s also a lot happening with our label ‘RespectOrTolerate’. Really great young artists with diverse electronic music will be releasing over the next few months or have just released albums. I can only recommend keeping your eyes and ears open – every single one of them is doing something that is not available anywhere else.

Lastly, what’s next is that I wish for peace and freedom for all people. As childish as that may sound, that‘s what I make my music for and it will always stay relevant.

WWD: Thanks for talking with us!