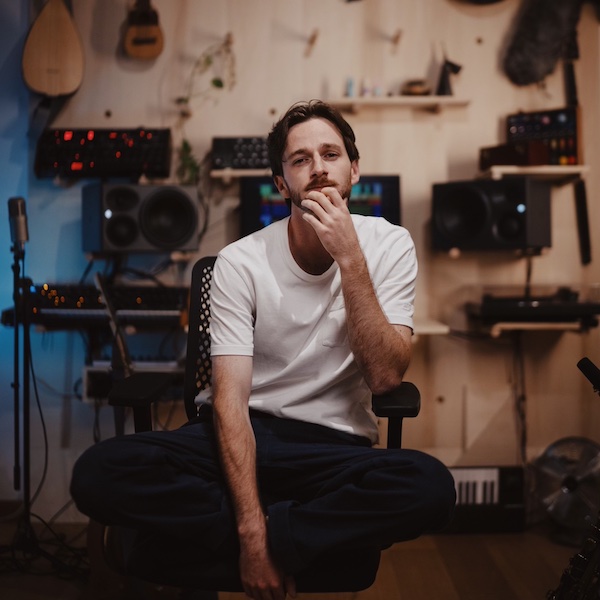 Interview: Thylacine talks about his new album ‘9 Pieces’, his love of travel and more

French producer, Thylacine, will release latest album ‘9 Pieces’ on the 21st October. Continuing the tradition commenced with the success of his first album, composed during his journey on the Trans-SIberian railway, the young musician has become renowned for conveying the enthralling and exciting nature of his travels through richly textured tracks. ‘9 Pieces’ offers a collection of the producer’s latest adventures, created independently from each other over the past few years. Ahead of the release, we sat down to talk about his latest work, his love of travel and his latest innovation – the Intuiti controller.

WWD: How did your music career begin?

I can’t really find a starting point – it has always been step by step.

I started by releasing some tracks on SoundCloud and doing some live shows for 20 people. And it just kept growing, I have no idea exactly when it became a professional career. But in my head, I knew from the beginning that it would be my job.

WWD: You convey many of your travelling experiences through music. How do music and travel intersect for you?

I’ve always been fascinated to see how the environment could have such an impact on music. If I’m working in a cave in Paris, I definitely won’t do the same kind of music as I would in a wooden house in the mountains. So, I’ve explored that aspect a bit more. And soon after, I started to record sounds of my environments as well and meet musicians and discover other cultures. And I found out that I’m much more creative when I discover new things and have strong experiences rather than staying at home.

WWD: Is there a particular aspect of travelling and being in new places that encourages you to create?

There are multiple aspects. I mostly have more time to focus on creating without a meeting or interview stopping the process. No network is clearly the best. I also realized that I need to have something to tell to be interesting in my music. I can’t be just tired or chilling. Just being in a discovery mood helps me push forward and be creative. And finally, I’m very curious and I love to discover new kinds of music or new instruments. I really like to try to build bridges in between different cultures and inspirations.

WWD: Do you have a favourite travelling experience that you could tell us about?

I have many, but the beginning of my first creative travel is important for me.

During my trip on the trans-Siberian train, on the first stop of the train in Kazan I met a street artist, we became friends, and he then brought me into his family datcha in the middle of the Taiga forest. There, a little group of old ladies gave me a choir concert of their traditional songs as a welcome. It was truly beautiful and unexpected. When I got back on the train, I started to compose a track with samples of them singing, and a year later I came back to offer them CDs and royalties for their participation on the album.

WWD: You have just released the ‘Intuiti’ music controller. What inspired you to release your own controller and please could you share a bit more about its capabilities?

It’s been a few years now that I realized there are no controllers that are suited for my way of playing live. So, I worked on custom controllers, and it was awesome. I could finally have everything where I need it, and I could design shapes and colours to help me identify each effect and functionalities. I’ve had a lot of questions about my controllers and so I decided to create smaller and more affordable versions of it with the same workflow for other people. There are joysticks, arcade buttons, RGB pads, knobs and faders. It has the same kind of synesthetic design that helps me, and most important it’s not shitty plastic but wood and steel!

WWD: What is on the horizon for the coming year? What are you most excited about?

I’m working on a concert with a symphonic orchestra, which is something I’ve always dreamed of. And I will be on the biggest European and North American tour that I’ve ever done in spring next year, so I’m really excited about that too!