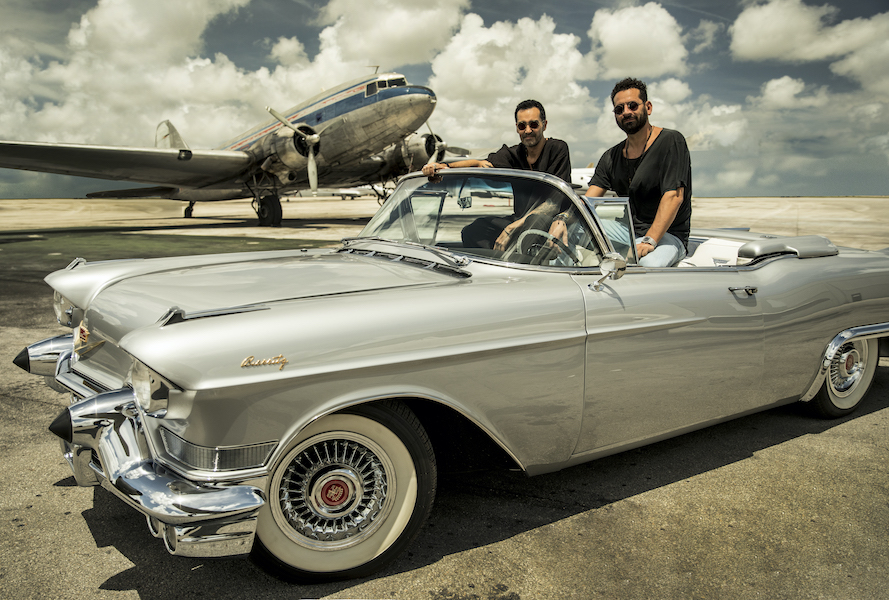 After 22 years on the road, numerous world tours, a very well stocked discography and their own party Flying Circus, Audiofly’s Luca and Anthony announce they will be parting ways.

It all started in London in the year 2000, where Anthony was on a sabbatical from the club scene and was trying to co-organise a new type of live music event which evidentially never took off. Out of budget Luca who was fresh to the trade offered to DJ for free in exchange for some studio time. A week later Luca turned up at his Ant’s house with an MC505 and some parts to a remix and they haven’t been able to escape each other since.

“What a journey. We started together as kids and 20 years later it all feels like a dream”

From making music together in a 20m square apartment, with Ant’s dog, girlfriend and budget £2 lunches, the duo has amassed a catalog of music releases that any producer can only dream of achieving, and launched Flying Circus, their own party brand which has now been going 15 years strong. Musically they have managed to create a unique sound that everyone recognises as Audiofly, a mix between Luca’s uplifting house, over Ant’s more trippy sounds.

After 22 years together, they have collectively decided to stop touring as Audiofly, so that they can each explore their individual artistic needs, but also in a bid to put their mental and physical health first. They’ve both confessed that mentally, physically and emotionally they both need to take a break and the path to a slower pace of life.

“Your health is not finite and the less you look after yourself, the quicker you go down the slope. The DJ life is brutal both mentally and physically and not enough focus is put on health as other aspect of this career” they both agree when speaking about the split.

“Health aside, it’s important as a musician to be ‘as’ inspired as the people we play to or risk creative death, so we need to move away from this comfortable paradigm, risk it all and see what we can do alone. It’s all about that famous David Bowie quote…

“If you feel safe in the area you’re working in, you’re not working in the right area. Always go a little further into the water than you feel you’re capable of being in. Go a little bit out of your depth. And when you don’t feel that your feet are quite touching the bottom, you’re just about in the right place to do something exciting.” – David Bowie.

The record label and Flying Circus events will continue onwards and upwards and of course they are not ruling out the very occasional Burning Man reunion. Until then, its goodbye to the end of a very special partnership, with new solo projects to be announced for 2023.

“Wherever life will take the both of us from this point forward it is fair to say that this is the biggest achievement of my life thus far and I most certainly couldn’t have done it without Anthony” adds Luca.