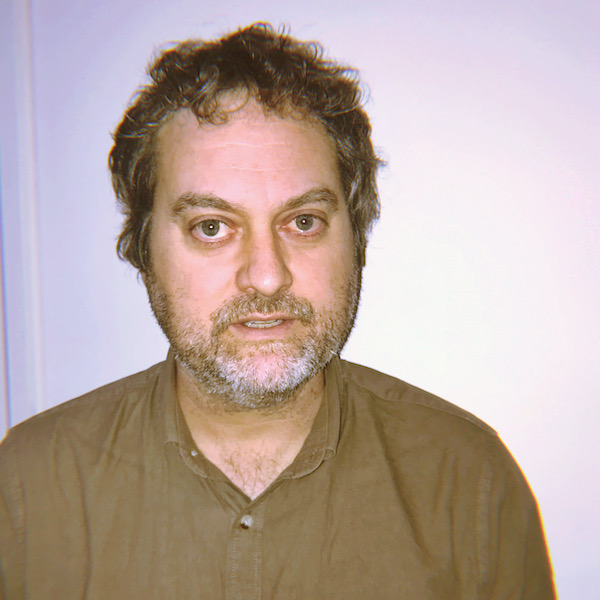 Jamie Stevens is a man whose reputation precedes him and he comes with one of his strongest releases yet. On ‘Transference’, we are presented with a fizzing masterclass in lo-fi production aesthetic, fuzzy saturated breaks, found sounds and hypnotic synth work. The bass bellows and rumbles deep, working alongside breakbeats, ass-shakin’ percussion and swirling melodies. Luke Chable joins forces once again with Dan Mangan for the Remix, delivering epic, euphoric club dynamite with a real yearning melancholic sound and a firm nod to the old skool progressive trance scene.

Already holding #1 and #2 on Beatport Electronica Hype with both Jamie’s mixes and the remix rocketed straight into Top #10 on the Progressive Charts. Easy t see why this was a real standout track from ADE with heavy support from Above & Beyond, Hernan Cattaneo, Nick Warren, Dave Seaman, Anthony Pappa, Jody Wisternoff, Sasha Carassi, Gai Barone and Framewerk who were a handful of DJs to have this.

You can now listen to the full premiere of ‘Transference’ exclusively on When We Dip. Enjoy!

WWD: Hey Jamie Stevens, it’s good to have a chat with you today! How are you today?

I’m well but a bit hot as it’s really heating up here in Melbourne and I don’t have much in the way of a decent cooling system in the studio.

I’m at home in Melbourne in my studio at the moment. Recently I’ve been putting the final touches on a couple of new EPs and finalising 3 remixes and a new track for Music To Die For. Lots of exciting new material coming soon.

WWD: Tell us, what does a regular day look like for Jamie Stevens?

Well, basically I wake up, make coffee for my wife, lunches for her and my stepson, take him to school, get into the studio and check what I have to do for the day which usually involves responding to emails, a fair bit of production and mixdown work for different clients and then doing some work on my own tracks plus remixes. I’ll also be checking on my upcoming class that I teach and maybe teach a one-on-one student session. I’ll then go and pick my stepson up from school, get a little bit more done in the studio before my wife gets home from her day of teaching, get dinner sorted then ensure we have some much needed family time!

WWD: What’s been on your to-do list this week?

This week I’m trying to get 2 EPs finished, do a bit of promotion for this single (like doing this interview) and finish off marking assessments! Also getting started on a couple of new collaborations. Oh, and getting stems and samples organised for a new remix Anthony Pappa and I are about to start.

WWD: So, first off, if you could just give us a bit of background about where you’ve been playing recently?

I haven’t been playing tons recently but I’ve played a few select gigs like Elements Festival up in Queensland which was a wonderful experience plus a show with Anthony Pappa, Uone, Danny Bonnici and a few other legends at a great little club here called My Aeon which was pretty special.

WWD: Who are your musical heroes and inspirations?

WWD: What is your view on the dance music industry today particularly in the post pandemic world? Has much changed for you?

The economic fallout is very obvious. Events have taken a massive hit as it seems people either have less disposable income or are being a lot more careful with how they spend it. Hopefully that will shift at some point soon. Personally, I’ve definitely felt that with my DJ gigs but when it comes to my production, mixdown and teaching work, that hasn’t felt as much of an impact; thankfully.

WWD: Have you played the tracks out yet? Is that something you always do?

It actually took me a very long time to feel confident enough to play my own productions out. I have to have the right opportunities to drop them, to be honest! I definitely will play them if I feel it’s the right moment at the right gig. I won’t play them simply because I want to hear them on a system. I feel more at ease with it now tahn i Did though and feel I am a lot more objective with the tracks. Sometimes you can be just a bit too close to them to know if it should be played out or not.

WWD: How did you come to join the label Music To Die For and what drew you to them?

It was my very good mate Anthony Pappa who had a copy of it who let Luke Brancaccio hear it (who had released his and Gai Barone’s music on the label). He apparently liked it and let Johnny Hudson who runs Music to Die For hear it and I got a very enthusiastic email asking if it was available to license. Johnny and I got on the phone and he explained to me his approach to the label and his background in running various labels and A&R. It was amazing to hear his vision and I put my trust in him and signed it to him (funnily enough, the very next morning I received an email response from a big label I originally sent it out to and had to tell them they were too late!). I made another tune to go with it but we decided it deserves its own release so… stay tuned for that one in the new year as ive been getting a lot of ID’s and requests for it too!

WWD: Can you tell us about the inspiration behind the Transference release? Obviously the track title caught our eye as well as the artwork – can you tell us a bit about the name and why you chose it?

The title came from the very definition of ‘the process of moving something from one place to another’. It’s pretty much how I like to think of my process of music making – taking one idea and changing the context of it, framing musical ideas or techniques in different ways. I mean, it’s basically what a lot of art is. The origins of ‘Transference’ was a recording I made of me tapping on an Aldi shopping trolley and recording to my iPhone many years ago which I cut up and developed into a breakbeat. Once I had that foundation, I messed around with a very melancholic melodic theme which originally sat more in the background but then as it developed more, I brought the musicality and drama to the fore. So yeah, it was this idea of transference – taking this dramatic, soundtrack-like theme, placing it in a ravey (gated choirs) breakbeat space.

WWD: Can you share with us the influences behind the track? It’s not your usual four to the floor style.

The breakbeat came about from messing about with that recording I spoke about before, having it just lending itself to a broken beat. I’ve made a lot of breakbeat productions in the past, particularly with Infusion and it just made sense to follow what felt natural which, in this case, was a broken beat style. I think some of the influences are pretty obvious, one being Burial. The drama in his music is just glorious! Jamie XX, too – his swing and groove. Plus the sounds from my rave days, those gated synths and sampled choirs and then there’s Vangelis; that yearning, blissful synth work.

WWD: How did the Chable & Mangan remix come about? It seems to complement the release very well and have found massive favor with DJs.

I had sent the track to Luke quite a while ago for him to hear for feedback just because I thought he might be into it, which he was. He then asked if he could include it in a mix that he and Dan put together for Digweed’s Transitions show and I agreed. He said that he’d love to remix it at some point so that was always in the back of my head as an obvious choice when it was signed. I actually thought they’d deliver a breaks mix but what they ended up creating was just beautiful and such a complementary alternative to my original.

WWD: What was the first thought that came to your mind when you first heard the remix?

I actually got goosebumps as the track went on and just built and built. I may have done a few fist pumps in the studio. I then went on Facebook and announced that a very special remix had been delivered by Luke and Dan. Couldn’t help myself!

WWD: Tell us a bit about how this sound showcases your individualities and what we can expect in the future?

Luke and Dan had a great sense of what was and, more importantly, wasn’t necessary in the remix. It was a case of ‘less is more’ and they let the synths be the main performers plus they enhanced the progression by shifting the bass around the chords which is beautiful. As far as the future is concerned, I know Luke has more material sitting there waiting for the right moment to strike and as for me, there’s another breaks oriented single on Music To Die For coming in the near future tahts kind of a second part to this release…

WWD: Tell us the top five artists and tracks you’re really feeling at the moment and why

Nopi – ‘Stri;la’. He’s just so creative and inspiring when it comes to ‘progressive’ sounds. The whole EP is amazing and meanwhile are hands down one of, if not ‘the’, best labels out there for this sound; forward-thinking, creative and always just damn high-quality.

Artefakt – ‘1992’. I love the Delsin label. Good, honest, grassroots electronica. ‘1992’ is this hazy, buzzing dream of cavernous arpeggiations which I am a sucker for.

Just Her – ‘Upon The Horizon’. Claire Spooner is an artist I’ve followed for many years, from when she was half of Him_Self_Her. I love the creative choices she makes and basically some really lovely songwriting. This one on the brilliant Selador label has a slightly wistful nostalgia to it, hints of Orbital and early 90s Warp bands, I think. Could be just me, though (pun unintended).

Robag Wruhme – ‘Fire’. Robag sits at God-like status for me when it comes to producers I admire, as I mentioned before. He oozes creativity, restraint and class. This one’s an absolute banger.

Hyphen – ‘Winter Sky’. When R&S records get it right, they REALLY get it right. This one is a gorgeous piece of electronica with nary a kick drum in sight, just a beautiful tapestry of analog synths, octave-jumping sequences and drum machines. I have no idea who this artist is but I’d love to hear more.