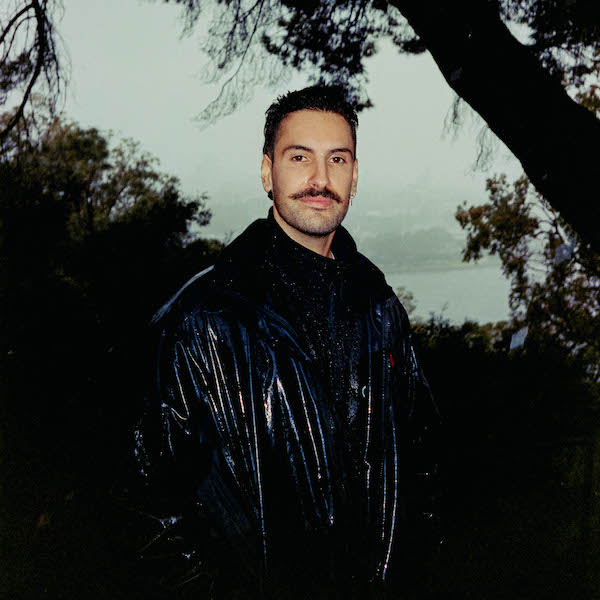 RÜFÜS DU SOL welcome a new signing on their label Rose Avenue: Luke Alessi with his new two-track EP ‘Scuze Me’. The RÜFÜS DU SOL guys first played the title track ’Scuze Me’ at their sold-out Brooklyn Mirage DJ set earlier this summer which gained a lot of excitement & traction across the web from fans asking what the unreleased track was.

Luke Alessi is also currently gearing up for a busy summer in Australia, supporting RÜFÜS DU SOL across multiple shows and slots across festivals such as Lost Paradise, Beyond The Valley & Let Them Eat Cake.

You can now listen to the full premiere of the title track exclusively on When We Dip. Enjoy!

WWD: This is your first release on RÜFÜS DU SOL’s imprint, Rose Avenue Records, how did this come about?

I first came in contact with the guys when I released my remix of Lastlings track ‘Deja Vu’ (which also came out on Rose Avenue). Since then they have been super supportive of my other releases, often giving them a run in their DJ sets. So I actually sent Scuze Me to them straight off the press the day I wrote it just to see if they needed any new music for their upcoming sets & they played it that weekend at the Brooklyn Mirrage in New York. The feedback was that it went pretty well and that they wanted to keep playing it, so I turned around and said “well it’s on the market”… and the rest is history.

WWD: The ‘Scuze Me’ EP sounds like it’s made for the dance floor but with a bit of cheekiness to it, can you elaborate on the music making process for this one?

It was probably one of the smaller projects I’ve written in terms of the amount of tracks I had in the end. I didn’t want to overcomplicate things. The goal was to give maximum expression and dynamics to just a few sounds, keeping it interesting enough so the listener doesn’t get bored but also keeping it functional for a big dance floor. The core elements are the bassline (created on my moogsub37) which already gave me great range in terms of the filter cutoff/glide/resonance functions to virtually turn it into a lead in the last drop. The main lead that bends and weaves its way throughout the track, designed to be a bit trippy. Finally of course the vocal which happens to be my very first original vocal recording (which was super fun) acting as the main hook adding that cheeky element to hopefully get stuck in your head even if you hate it.

WWD: It looks like ‘Scuze Me’ gained quite a bit of traction this summer when the RÜFÜS guys dropped it in one of their DJ sets – how has the reaction been seeing heavy hitters around the world playing as well as in your own sets?

It’s been amazing so far. I would say it’s probably been one of the highlights of my set every time I play. I’ve had a few messages & videos sent to me from other artists saying similar things so it’s nice to know it’s not just me haha. But nah overall it’s seemed to have served its purpose as a functional dance record which is all I wanted.

WWD: You’ve had a pretty busy year with touring and will be supporting RÜFÜS on a few of their homecoming shows, how are you feeling about these upcoming shows?

Yeh extremely excited! I’ve been a fan of RÜFÜS for a long time now and to be asked to support them along side Jon Hopkins who I also admire is a massive privilege and an honor. It’s all pretty surreal still and kind of feels like it’s not happening so I’m not too nervous but I’m sure when I’m about to walk on stage it will all hit me then haha.

WWD: What are you cooking up for 2023 and what can new fans expect?

I’ll be kicking the year off with a bang, playing some incredible festivals and events like Beyond the Valley (melb), Lost Paradise (syd), Let Them Eat Cake (melb), Lost Sundays (syd), Sundancer Thailand and more. As well as a bunch of new releases which I can’t announce yet. I also have plans to head to the US and Europe in 2023 so safe to say I’m BUZZING for it!