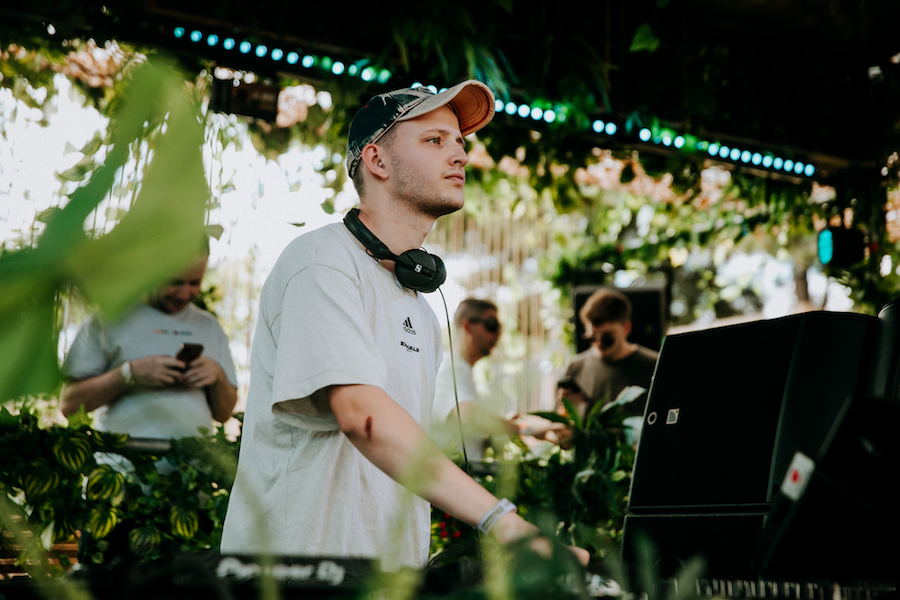 Ahl Iver drops a new EP on resident label Lenske, containing 4 slamming techno tracks. Belgium’s Ahl Iver has become synonymous with the Lenske name since founder Amelie Lens singled out one of his demo submissions back in 2019. Since then, the young DJ/producer has dropped two EPs on Lenske whilst holding down a busy international touring schedule including regular appearances at Amelie’s revered Exhale party series. ‘Paradox’ contains four dance-floor orientated cuts with the typical Ahl Iver sound that’s steadily become a Lenske staple.

Opening the record is ‘Reverse Psychology’, featuring a thunderous kick drum, whirring sonics and industrial slams. Ahl includes stripped back rave synth and siren combo with sharp stabbing sequences. Next up is ‘Paradox’, kicking off with a distant alarm, wicked keys and another blistering kick drum. The elements build together to form the foundation for the jacking vocal sample that dominates and drives the track onward, always with a singular acid line buzzing menacingly in the background.

On the flip is ‘Rumble In The Jungle’, kicking off with twisted and devilish effects that snicker and shoot across the main hasty roaring kick. The track develops into a battlefield, with the initial mischievous sounds mimicking a frenetic laser fight, before stripping back the focus onto the main kickdrum and singular percussive slap. Rounding off the record is ‘No Salvation’. The track builds on the initial kick drum combo as well as an ever-present melody that gradually rises to the forefront of the track in a powerful takeover. There’s a cinematic feeling to the cut created by airy elongated pads as the hook of the track, gliding and ascending under the harsher elements.

You can now listen to the full premiere of ‘Rumble In The Jungle’ exclusively on When We Dip. Enjoy!