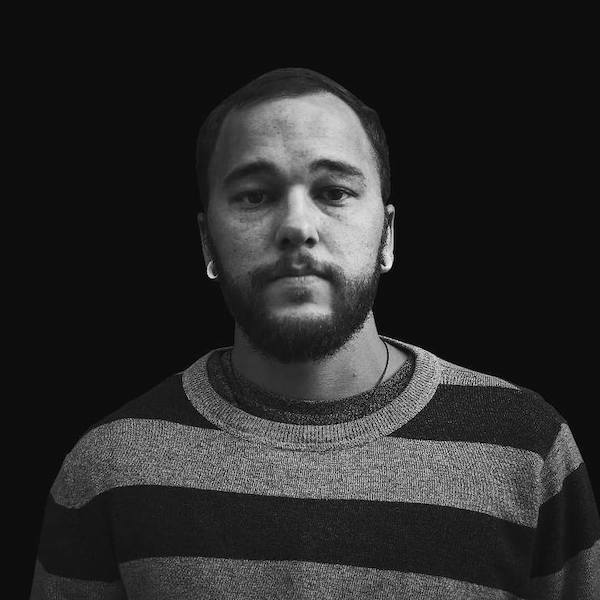 A rising artist with a strong set of progressive house credentials to his name, Ric Niels returns to Particles with his “Finding Myself” EP. From his Argentinean home, over 200 production credits have come out of the Ric Niels production studio including work for the Soundgarden, Balkan Connection and Mango Alley. A 3-track EP in October 2020 saw the “Erised” EP take centre stage as Ric now returns with two new original pieces.

The “Finding Myself” title track is a fizzing percussive gem that drives forward with heavy beat while a filtered synth motif gradually comes into range. A deep bassline groove adds dancefloor prowess while a swathe of stereo-panned effects and clave top-line add intrigue. A sublime array of synth phrases enters the fray at the mid-point breakdown before the relentless groove hits the heights once again in the second half. Following the same driving rhythmic narrative, a shaker-fuelled percussion and strong grooved cadence effortlessly propel “Reasons” forward apace. A simultaneous and immaculately syncopated bassline adds weight and gravitas before a suite of emotive synth lines create tension and emotion aplenty as the track pauses for breath. Closing with the metronomic rhythmic layers of the first half, Ric Niels’ talent is in full view.

A Canadian star with work signed to the likes of JOOF, Univack and Mango Alley, Dowden has been at the forefront of the progressive house scene since a debut for Yin in 2017. During that time, support has come from the likes of Soul Button, John 00 Fleming and Quivver, as Dowden now makes his Particles debut with a typically masterful reworking of “Reasons”. Taking rhythmic elements from the original and transforming them with a hefty bassline groove, haunting melodic lines build in elegant fashion. Ethereal pads sweep gently across the sonic background while a searing lead cuts through the rhythmic melange like an acetylene torch. Picking up the pace once more in the second half, the Dowden remix is a powerful illustration of technique and craftsmanship.

A second remix sees another Particles debutant take their bow in the shape of Bodai. A talented DJ and producer, the Argentinean’s performances in Australia, Chile and across her homeland have been coupled with a clutch of releases on the likes of Nick Warren’s The Soundgarden and her own Auditen and AMITABHA labels. Supported by Hernan Cattaneo, Guy J and Eelke Kleijn, Bodai arrives on Particles with a standout reworking of “Finding Myself” which revels in a stripped back broken beat backdrop carved from the Ric Niels’ rhythmic foundation. The growling bassline from the original can also be found front and centre amidst an immaculately syncopated synth line. New vocal phrasing makes its mark at the mid-point in a metronomic loop, before melodies, bass and beats combine in the second half to majestic effect.

With two new original tracks and a pair of remixes from Dowden and Bodai, Ric Niels has created a wonderful journey to ‘Finding Myself’. You can now listen to the full premiere of Dowden’s remix exclusively on When We Dip. Enjoy!