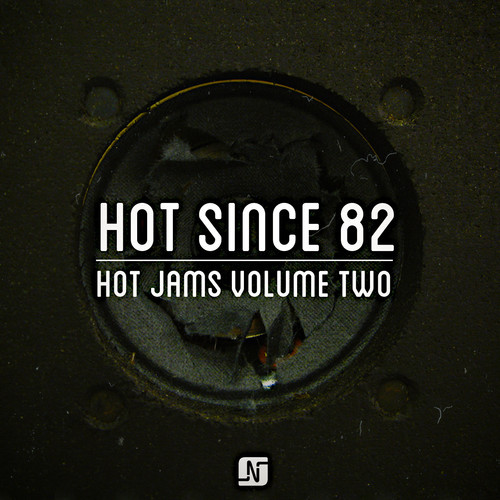 Fresh off the back of a hugely successful and seemingly enjoyable trip to Dublin, Hot Since 82 continues his relentless domination of the underground house scene in the clubs and in the charts. Daley previously released Hot Jams Volume 1 on Noir Music last July and he’s teamed up with them again to release Volume 2.
It comes as a four track EP with a nice variety of deep and tech house sounds. The opening track Mr.Drive is arguably the pick of the bunch and my own personal favourite. With a bouncy bassline that will have you grooving, the track also has an epic breakdown which stems from piercing sounds that echo through your headphones and then builds into a rather large and explosive return of the bassline, a feature of Daley’s work you can only admire.

Following up the opener is a nice deep bopper. Pour The Sugar

Next up is Don’t Be Afraid. Another deep house sound but up at 122 this one comes with a bit more pace and really hits home with a nicely dark tone. The darker vibes are a recurring feature of the Yorkshireman’s work and really is a signature of his distinct underground style we’ve all come to love.

To finish off the EP he reverts to the techy sound he opened with in Mr.Drive, except this time with Phat Tool the outcome is completely different. A slow groover I can imagine being played at either end of a set. Its perfect downtempo tech house.
With four very different tracks this is yet another fine release from a man who really is on fire these days. His production capabilities cannot be questioned as he continues to churn out the quality hits we’ve all come to expect. Catch it while it’s Hot on Noir Music. Available now on Beatport.