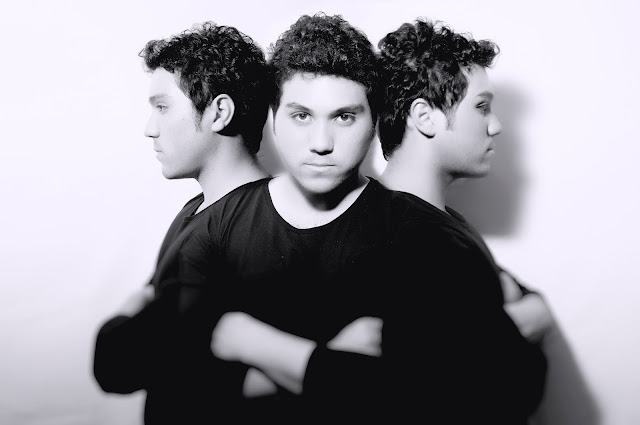 Henrique Oliviera is a name that has been popping up with increasing regularity in our news feed of late. Perhaps better known as his stage name HNQO, the Brazilian house producer is establishing a stellar reputation for himself with a string of tight releases. This Friday sees him visit Ireland for the first time at Lafayette nightclub courtesy of the House Arrest crew in what is undoubtedly one of the most exciting deep house bookings in Dublin so far this year. We caught up with the man himself this week to discuss his burgeoning reputation and his releases on the much acclaimed Hot Creations imprint.

1) It was reportedly Russ Yallop, the Hot Creations and Crosstown Rebels artist who discovered you and brought you to the attention of his labelmates. Can you tell us the story behind it?
It happened when Russ Yallop went to Brazil to play a show in my city, Curitiba. Fabø gave him a USB sticker with some of our tracks and months later he came back by e-mail asking for more. At this point I was finishing the track “Point of View” – Sent him the track and after dropping it at some of his gigs, he came up with the idea of showing the track and introducing me to Jamie Jones and Lee Foss. They also liked the tracks and decided to sign it and make an EP on the Hot Creations.

2) Your releases on Hot Creations propelled you onto an international stage, but you have been Djing for a long time. Tell us a how you got started?

When I was approximately 6 I first had contact with the scene as a dj – I had started by practising on a room, only me and speakers. After a while on small parties and 3 years ago in clubs such as Club Vibe and small events in my city.
3) What was the electronic music scene in Brazil like when you were growing up?

We had an electronic scene, not strong as it is now, but we definitely had it working on background. I’m only 23 years old, so I can’t say exactly how it was, because I haven’t experienced the whole growing up myself. Nowadays the scene gets warmer and warmer, attracting young crowds and building a steady market for the music/club lovers.
4) You started your label PlayPerView was started after your success on Hot Creations, what can you tell us about the people and the sound it represents? Any info on what we can expect from you and the rest of PlayPerView for the rest of 2013?

I’ve started it even before to sign the EP on Hot Creations. Playperview’s first EP was released on 2012/16th/december – Connect Ep featuring HNQO and Fabø. The name “Connect” came up with the idea that we were first time connecting our music to the world by thru Playperview Records. Playperview got some cheeky tunes and remixes coming from the likes of Pillowtalk, MK, Dake, Fabø, Funky Fat, Giom and a lot more – We use to say that Playperview is our little baby and we love to take care of it. The main goal is to get the label out there and then have the chance to give our artists better support and exposure.
5) The Brazilian house scene is thriving right now! Who are the Brazilian and South American house music artists we should be looking out for in the near future?

There is this guy called Dake, young talented producer from south in Brazil. The boy have some tracks released on Playperview and a couple more upcoming – His name is pretty much where I’m putting my coins on.

6) What was it li
ke playing at BPM with the rest of Hot Creations crew? How does the Latin flavour add to overall atmosphere of the festival?
It was a very good experience and the atmosphere there is fantastic, i could feel it at the moment i arrived at the airport. Amazing locations with beautiful people partying and enjoying their times – The Paradise party was sick and i got the opportunity to meet most of the guys on the crew.
7) Finally we’re assuming this is your first time in Ireland! What can Irish fans expect from you on April 15th when you come to Dublin.
It is indeed my first time and I’ll be bringing some of the grooves I’ve been adding to my sets over the places I visit around. House music on top, mixing light with the intensive. Something groovy.