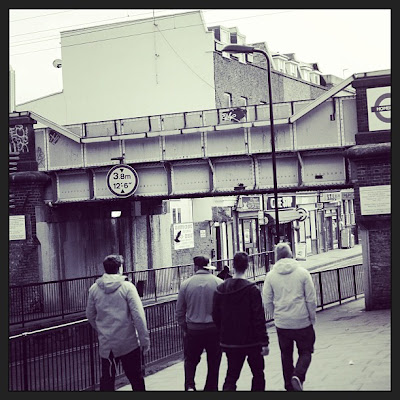 Ever since Annie Mac had the Rudimental crew live in the studio for the Access All Areas night back on 24th February I’ve been waiting for the release of their latest track Waiting All Night. They gave an epic live rendition of it in front of a massive online viewership and the sick D&B beat paired with the scintillating sound of Ella Eyre’s vocals really went down a storm. That girl can really sing and the addition of the live sax in the studio really was the icing on the cake.

However, the good news filtered through a month later, on the 28th March, that none other than Lee Foss was on remix duty. He provides a nice chilled touch with an acoustic edge. A lovely, easy listening track with a deep house groove that is sure to feature in a lot of people’s chilled summer playlists. It immediately got the support from Pete Tong who gave it a spin on the 29th saying it was ‘very Miami’ and just like Pete, we here at WWD like it.
With another remix from WWD fav Kidnap Kid and one from Clean Bandit the original is certainly set for big things. The EP is also gonna feature work from Andy C and a lil something from the man behind the talk of the house scene at the moment, Skream.
It’s certainly shaping up to be one heck of a release. Coming your way on 14th April!