When We Dip
Uncategorized
3 April 2013 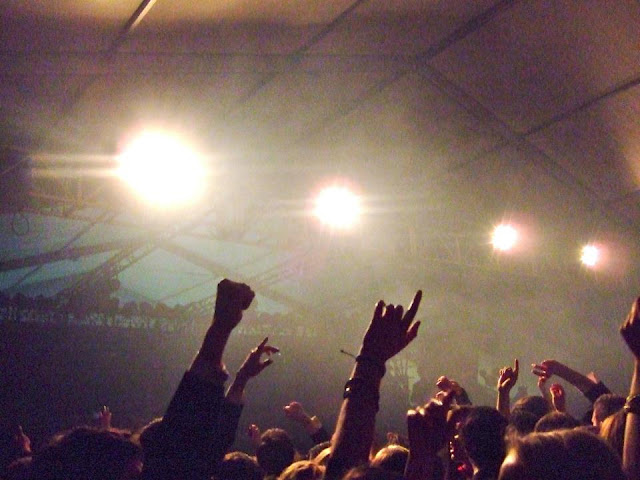 It’s that time of year once more. The college term has officially ended and Trinity students have one final chance to let off steam before the feeling of impending doom arrives and they all collectively shit themselves. This years Trinity Ball has a distinct electronic feel to it with some of the biggest hitters on the lineup already well established in the dance game. With this in mind we decided a little WWD preview was in order. Each of these acts belong to the electronic circle but their styles and sound vary drastically. There is undoubtedly something for everybody. From the poppy fresh sounds of AlunaGeorge to the powerful anthems of Above and Beyond this years ball promises much and we fully expect it to deliver. Keep reading for the full breakdown.

Aluna George
The presence of this promising British duo reinforces the strength of the Trinity Ball line-up for this Friday. With their rise in prominence gathering momentum each day and a summer album forthcoming, they are an exciting prospect for fans of many a genre. AlunaGeorge, the brainchild of Aluna Francis and George Reid, represents a splinter from the rapidly-flourishing UK bass scene at the moment. Infusing glitchy, futuristic beats with dulcet tones has been the duo’s niche, with R&B and hip-hop influences also featuring strongly in their style.
At a time when the likes of Dusky, Huxley and Disclosure are the forerunners of a resurging UK bass movement, there is a lot of potential for a more modern interpretation of this genre. This is exactly what AlunaGeorge have done. Francis’ distinctively British piercing vocals are laden with soul and attitude. Reminiscent of Shingai Shoniwa’s (of the Noisettes) voice and its resonance, Francis lends character to Reid’s brilliant production capabilities.
Recent collaboration with Disclosure for “White Noise” reaffirmed their presence in the bass scene, even if not being entirely typical of the genre, and garnered them a host of new fans. It will no doubt go down a storm! With an eventful summer just around the corner, including a Glastonbury appearance, there’s no better opportunity to catch these two than on Friday night.
Listen to: White Noise, Your Drums Your Love, Wolf Gang Back to Back (AlunaGeorge Rmx)
Tiga
Montreal man Tiga James Sontag is the dark house for us in this year’s line-up. We can see him winning over lots of new fans. We have to admit there were plenty of facepalms round WWD HQ after the line-up was released and people were confusing him with rapper Tyga. The 39 year old is in his own right a huge name. He’s been smashing the underground for over a decade now, earning himself reputation as an astute music man more than capable in a variety of genres. He produces Techno, House and everything in between, all with a true uniqueness. He’s graced the finest of labels including Crosstown Rebels, Different and Get Physical and founded Turbo Recordings, one of the most well respected in the industry. This is definitely one for the bass-line junkies and those in search of a bit a’ groovin’.
The Dance tent at the ball has always proven quite welcoming to the new and  unknown and if this continues as expected this year his set could well prove one of the highlights!
Listen to: Plush, Giver (Remix), Pleasure From The Bass, Canon (Remix)
The Magician
This man needs no introduction, he was responsible for more than a year of widespread euphoria with his “I Follow Rivers” Remix (and a little bit of insanity too, we must admit). His rework of Lykke Li dominated the airwaves ruthlessly in 2012 not only in Ireland, it brought him global recognition. He is much than a one hit wonder, however. Tracks like “I Don’t Know What To Do” and “Twist” as well as remixes for Yuksek and Sebastian Tellier have established him as one of the big dogs in the Nudisco/Indie dance game.
His sets are jammed full of upbeat, feel good dance jams. If you’re currently unfamiliar with his work, make sure to check out his “Magic Tape” mixtape series, it’ll show you exactly what this guy is about!
Listen to: I Don’t Know What To Do, Follow Rivers (Remix),
Always On The Run (Remix), Another Sky (Remix)
Flux Pavillon
Ensuring all aspects of Dance are being covered, Dubstep man Flux Pavillon will be taking to the dance tent Friday night. The Englishman is one of the biggest names out there. His brash, in your face style has been welcomed with open arms both in the U.K. and across the atlantic and has lead to huge collaborations with the likes of Dillion Francis, Major Lazer (aka Diplo) and Childish Gambino.
Maybe not the name Dubstep diehards would prefer to see up there but his presence is no doubt a good sign for them nonetheless. His most recent release, the “Blow The Roof Off” Ep, came in Janaury. The eight track release saw him experiment with his style, infusing elements from Electro, breaks and trap into Dubstep. It will certainly put the system to the test on Friday night.
Listen to: Must Be The Feeling I Can’t Stop,
Do or Die, Midnight Run (Remix), The Scientist

Above & Beyond
The presence of trance powerhouses Above and Beyond at this year’s Trinity Ball has caused quite a stir. Even those revellers free of inclination towards trance would have to admit that this is probably the biggest name in dance music to have graced the Ball. Jono, Tony and Paavo have been at the heart of the Dance scene for over 10 years and have marked out an almost unparalleled legacy. Effortlessly gliding between uplifting trance, driving beats and melodic ambiance, their work has re-defined traditional boundaries of the genre. At the same time, they have proved to be unsusceptible to the allure of an easier and more commercial route, instead churning out tracks which sound undeniably fresh and dissimilar from fellow producers.
A&B’s style is so diverse and far-reaching that it’s almost undefinable. Operating at times as part of OceanLab with Justine Suissa in producing ground-breaking vocal trance, and also under the Tranquillity Base moniker to produce chill-out tracks, these guys stave off any efforts to pigeon-hole their style. However, an impeccable use of breakdowns, soaring builds and uplifting melodies are commonplace in their tracks.
Having won the BBC Essential Mix of the Year competition twice and featured frequently in the top 10 of the Mixmag DJ rankings, A&B’s prestige is undoubted. Their first album, Tri-State, was released in 2006 to huge acclaim, featuring tune after tune of rolling beats, smooth synths, and perfect vocals. Their second album, Group Therapy, usurped its predecessor in 2011 as it exploded into the psyche of a greatly expanding EDM audience. Offering a more atmospheric feel and featuring breath-taking vocals throughout, Group Therapy offered Sun & Moon to the world, a track which stormed up the charts and became a crowd favourite at all of their gigs. Rest assured it will produce a riotous response in the prestigious grounds of Ireland’s oldest university on the 5th.
Their appearance in Trinity comes amid a hectic schedule as part of their Group Therapy world tour, stretching back to mid-2011. The trio are accustomed to festival-headlining performances, with Ultra Music Festival a most recent example and an appointment at Creamfields set for August. So the black-tie (yet highly informal) affair of Trinity Ball’s dance tent might represent their most unique stop-off to date.
Listen to: Sun and Moon, Alone Tonight, You Got To Go,
Thing Called Love