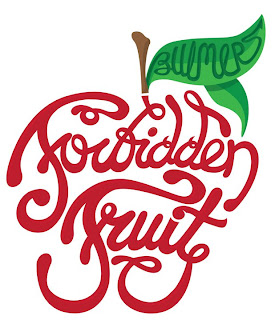 Festival season has well and truly begun and this June Bank Holiday weekend sees the eagerly anticipated return of Dublin’s beloved Forbidden Fruit to it’s home in the grounds of the Royal Hospital, Kilmainham. 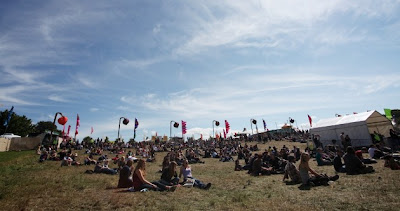 The festival offers an abundance of talent from afar and a fine selection of the best homegrown talent our shores have to offer. Not only is this lineup an attractive feast for the ears but the festival’s return to it’s central home in Kilmainham is  an attractive proposition. Located in the heart of the city just 3.5km up the Quays from O’Connell Bridge, the grounds of The Royal Hospital is an easily accessible site for the flock of Irish natives and tourists alike to reach from the centre of the Capital where the summer atmosphere is building day after day.

This location makes it that bit easier for the throngs of music fans to make their way through the gates and experience all that Irish culture is about. Music has always played a central role in Irish society and it’s engrained in our culture. The Irish music scene has really impressed in the last few years becoming more diverse and stronger over than ever and the lovely guys over at POD Events have brought a slice of this musical culture to Forbidden Fruit this weekend, a big slice! 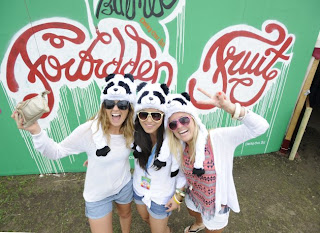 In addition to the musical attractions, if there was to be one element of Irish culture we are ever renowned for it is our ‘craic’ and this year the Bulmer’s Pear comedy tent returns to the Forbidden Fruit lineup.  With household names from our TV screens such as David McSavage and Colin Murphy taking to the stage, it will also host a plethora of comedic talent including WWD fav Andrew Stanley who we are sure to pop in and catch. So if your ears need a rest, be sure to float in to the comedy tent for some quality laughs.
So, who are the must-sees at this year’s festival you ask? Well, here you go, our tips or Forbidden Fruit 2013, enjoy!
Frank B – Sunday – Undergrowth 20.45
Dubliner Frank B will take to the decks Sunday and is sure to bring some of the sweetest sounding house vibes along with him. Having been a resident in Twisted Pepper Frank is well known among Dublin club goers for bringing classic house tones to the floors of the city’s nightclubs. However, he is now known on an international level for his simply massive track Chain of Fools which was deservedly supported by none other than Pete Tong as his ‘Essential New Tune’ and then featured on All Gone Pete Tong & Reboot Future Sounds which was compiled by Tong and released on Defected In The House last November.

Having been shot into the limelight in the fashion Frank was, it was always going to be difficult to follow up a track like Chain of Fools and we’re sure he was biding his time ensuring that the next release was up to his self-set high standards. So we were delighted to see a clip of his latest production Trieste pop up on SoundCloud recently and we were even happier when we gave it a listen. With a gigantic groove, an infectious melody and tight control of the hi hats, Trieste is worthy of it’s place on the opening release off exciting new label Newington. Certainly well worth the wait and most definitely will go down a storm with festival goers when it gets a spin on Sunday!
Cyril Hahn – Sunday – Lighthouse Stage 19.15

Without doubt one of the niftiest bookings of the summer from the guys at POD. Saying the VanCity man is highly sought after is a massive understatement. He first broke the scene last year with a stunning remix of Destiny’s Child which saw global recognition. It is still being churned out on the regular by some of the world’s finest and has gone a long way to making him a household name. He has followed it up with some really nice tracks including soothing remixes of Solange’s ‘Losing You’ and Gabrielle Aplin “Please Don’t Say You Love Me”.  It’s safe to say he’ll be spinning to a full house this week and we say get involved!
Bondax – Sunday – Lighthouse Stage 17.15

Since emerging on the scene last year Lancaster boys Bondax haven’t ceased to amaze us. Tracks like ‘All Inside’ and ‘Baby I Got That’ as well as anthem “Gold” have us in awe of their talent. They are without doubt one of the hottest acts out there at the moment and their presence at the festival is a real coup for FF. Their tunes are rammed with dreamy melodies, unique percussion and stellar hooks. Here’s hoping the Sun stays out until Sunday. Fine weather and Bondax vibes would make for a
very potent combo!

Le Galaxie – Saturday – Lighthouse Stage 21.55
One of our favourite Irish acts at the moment. Le Galaxie have seen a great rise over the last two years. Their high-energy performance and bouncy electronica is proving infectious and sees them finding their way on to more and more top bills. The group are highly talented musicians and extraordinary showmen, a combination that is rare enough these days! We couldn’t recommend more checking them out, we think they could be a lot of people’s surprise of the festival!

Another excellent homegrown talent. The hype about this man hasn’t ceased this weekend. His new track “Chameleon” with Raye is proving a huge summer hit both here and in the U.K. Also announced was his deal with Sony Music and an upcoming album which has us very excited. To get you in the mood for the weekend, check out his recent release “Poison” with Liza Flume and his remix of JT “My Love“.

We couldn’t let this one slide. Niall Rodgers is very much the man of the moment. Not only has he just finished collaborating with Daft Punk but he is also set to hit the studio with some of the finest Electro and House producers in the world. But what really does it for us is his amazing history in the business. You can’t ignore the legendary status of The Hitmaker and disco outfit Chic. Their impact of the world of music has been simply incredible. This is the perfect chance to catch a genius at work and it’s not something that will come around too often, We encourage everyone to bop along and dance, dance, dance!

Four Tet – Sunday – Undergrowth Stage – 19.45
Arguably the act we’re most looking forward to see perform live for us on Sunday. Londoner Kieran Hebden has been producing under the world renowned Four Tet moniker for 15 years now and has established himself as one of the leading producers of experimental electronic music.   He began pushing the boundaries with of this new style of music and released two albums expressing this before following them up with Rounds in 2003 which is still regarded by many as their favourite electronic album ever. Featuring tracks like ‘As Serious As Your Life‘ and ‘My Angel Rocks Back And Forth‘ it’s easy to see why it’s so highly regarded.
Having since released a further three albums and collaborated with some of the biggest names the genre has to offer, only the freshest and finest sounds continue to emerge from Four Tet. Namely his work alongside an old schoolmate of his, some of you may know as Burial, pierced the electronic music scene with its quality. With pulsing ambiance, Moth was released in 2009 to widespread acclaim and is sure to be a track that stands the test of time.
It’s safe to Hebden’s collection of originals is extensive and packed full of quality. However, there is an abundance of remixes under the Four Tet title also. A variety of artists got the Four Tet treatment including
The XX, Bonobo and recently Justin Timberlake also. For us the take on Ultraísta – Smalltalk was spectacular but one which features prominently in his live sets is the remix of Rocketnumbernine – Matthew & Toby. If this big builder of a track goes down as well as it did here live in London, Four Tet live at Forbidden Fruit this Sunday is set to go off!

A lot of FF fans including ourselves were worried initially about the impact that increased competition would have on the event but we’re delighted to say it looks stronger than ever with a sizeable crowd expected. The line up as always has a diverse feel to it. Headliners Kasabian, Primal Scream, Chic and Crystal Castles will joined by some of the finest up and coming Electronic and Rock talent from both at home and abroad and we’ve listed our essential selections above. Here’s hoping the weather stays fine for what looks like one of the weekends of the summer here in Dublin!