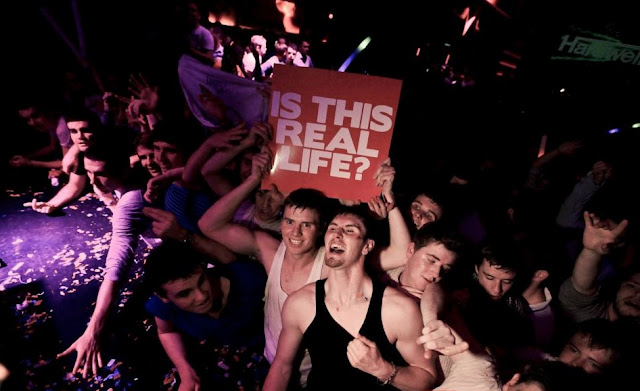 It’s been a phenomenal year by all accounts for Ireland’s only nationwide dance promoters, Residence. It’s hard to believe the group kicked off only twelve months ago with the visit of Size Records man Tim Mason. Since then a large following has developed, dedicated dance music affiocionados eager to get a taste of electronic music that had been sadly lacking in Ireland for many years. The decision to invest heavily in creating a proper audiovisual experience has paid dividends with fans recognizing the special nature of their shows. Since that fateful night last June some of the most impressive names in the world have performed under the Residence banner, eager to show their wares to a crowd that has been noted for its energy.

The growth of the brand has also seen the development of a dedicated Residence community. Seldom has a music concept stretched to all four corners of Ireland with success. Dimitri Vegas and Like Mike playing to a soldout crowd in Galway, Laidback Luke in The Limelight in Belfast, Sander Van Doorn likewise in the renowned Savoy Cork, the whole island has experienced the energy of a Residence show in some shape or form. Of course the jewel in the crown remains Dublin. The list of big name shows this year is extensive. The first week in November seems to stand out as the week things took a step up to the next level. Two shows in the space of seven days. Two of the biggest stars in dance music, Nicky Romero followed by the vastly popular Hardwell. Both shows produced sellouts and it seemed that Residence had arrived on the scene in full flight. Other highlights in The Wright Venue include the visit of Dimitri Vegas & Like Mike (the Tomorrowland mainstagers attracted the biggest Residence crowd to date) and the visits of Dada Life (bananas!) and the venerable Kaskade.

January saw the introduction of a more underground wing of Residence. Acts like Davide Squillace, Larse and Azari & III all brought their respective talents to Dublin as Residence expanded its reach. Soldout shows with MK, Claptone and Tube & Berger all followed as the brand showed they were keen to develop outside of the mainroom game.

Tonight the birthday celebrations are marked by the arrival of Moda man Tom Staar (a known favourite of the Residence crew) to The Village with another memorable occasion undoubtedly on the cards. WWD will certainly be there in force enjoying the festivities.