Jones On Top Once More @ Paradise 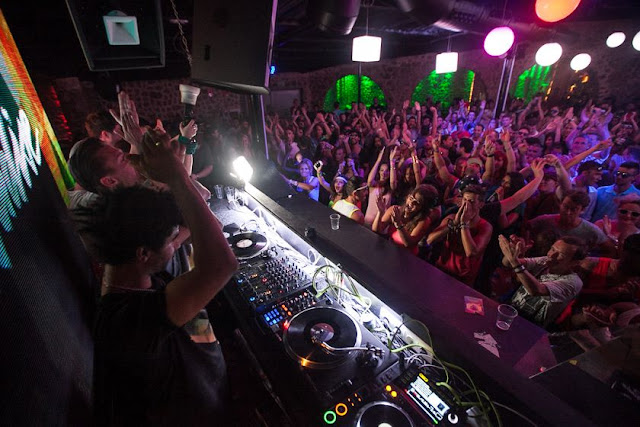 Deep dark and groovy. Well placed hi-hats and thumping kicks were the order of the day at this years Paradise opening. A large crowd were in place to welcome Jones and his merry band of men to the White Isle for the second year running. It’s been a massive 24 months for the Welshman and those around him. From charting singles to sold out Brixton shows, those associated with Hot Creations have been just about the hottest property in dance music.


The first thing WWD noticed on arrival at the hallowed ground of DC10 was a considerably larger crowd than the previous year. We’re not complaining though. There’s nothing better than DC10 in full flight. Allied with a boisterous crowd was the club’s eternally impressive soundsystem perfectly tailored for those meaty baselines so often associated with Jones and his crew.

The evening kicked off with something a little different in Four Tet. Although there seemed to be a large well of goodwill for the talented producer,the Londoner’s set wasn’t something that seemed perfectly suited to the night in the eyes of WWD. However we’re all for trying something different and kudos to the Paradise crew for keeping things fresh.

Infinity Ink however is exactly the kind of act synonymous with the groovy soiree that is Paradise. They played deep, they played hard and they hit the exact spot everyone was anticipating. A short and sweet set, exactly what the doctor ordered following a slightly lackluster performance from Four Tet. 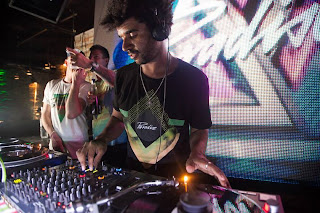 The duo teed things up perfectly for the main man Jones who seemed to be in flying form. He knew exactly what was needed to take it to the next level and proceeded to introduce some of that deep techy magic he has become known for. To add to the mix he dropped in a delicious little hi hat arrangement from the Joy Orbison DJ Tech Tool which floated in and out of his set for the forty five minutes. He even managed to find time to showcase some of his own output with the delightful Moan and Groan getting a particularly tasty reaction. As the night wore on Jones kept things interesting with a few classics and it was clear he had those in front of him entranced. Even a very risky finisher in Roxanne seemed to go down well with the last survivors! On the whole all things point towards another stomper of a season for the Paradise boys. WWD recommended.