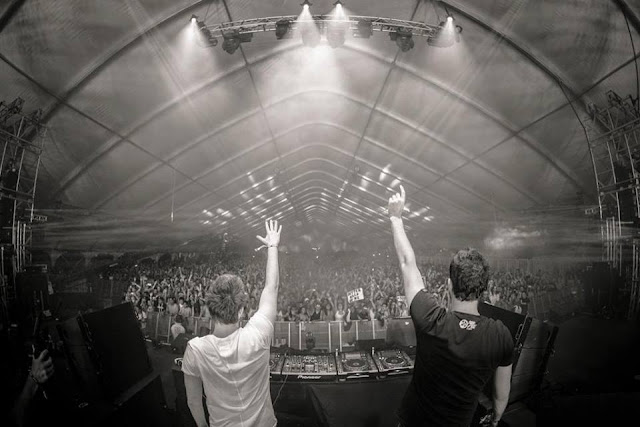 Well balanced lineups are something that have been lacking in the Irish dance scene in recent years. Yes we’ve seen a few nice pairings from Hidden Agenda and to be fair Residence have had some decent underground acts sharing their bills but solid mainroom groupings have been rare. That’s what makes this particular Residence lineup so enticing. Two of the very best in the business right now – men of the moment W&W will join one of last years rising stars Feenixpawl and our very own dynamo Reuben Keeney at The Village, Dublin tomorrow night.

What more can be said about W&W.; Certainly the past year has been the breakout one for them in terms of mainroom house (they’ve been legends of trance for a while now). Those hard hitting drops of theirs have propelled them into wider consciousness and left a distinct imprint on the scene. Tunes like The Code and D#Fat as well as the incredibly popular Thunder have made them have all cemented their place at the top table. With an almost cult following the news they are to make their Residence bow was greeted with widespread acclaim, particularly after they cancelled their appearance scheduled for June due to illness. It’s not everybody’s cup of tea but there is something incredibly invigorating about the brand of music produced by Willem and Ward. It shakes your bones to the very core while at the same time introducing some incredibly addictive melodies. Never was a gig more suited to a heaving Residence dancefloor.

Stepping up to the plate alongside them are Feenixpawl the Australian pair who made quite an impression last year. Their anthem In My Mind was taken on by none other than Axwell and deservedly became one of the tunes of 2012 (we still prefer the original mix though!). With a host of impressive progressive gems in tow these boys will provide the perfect compliment to the stomping W&W.; Look out for their newest effort Universe (the David Tort remix in particular) as well as a delicious little bootleg of Ellie Goulding – Lights the duo released not so long ago.

The final element in this menage à trois is Irishman Reuben Keeney. Someone who has firmly established himself as the leading dance prospect in Ireland. Released on the likes of Mixmash (banger ‘Get Hyped) and Dim Mak (We Do It Big) have propelled him into the limelight and garnered support from Guetta to Nicky Romero -no easy feat. Expect him to light up the early exchanges tomorrow night.