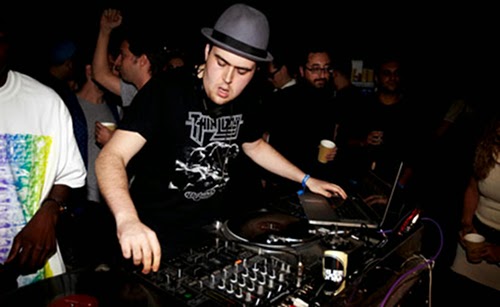 On the back of a brilliant Boiler Room set and appearance at Manchester’s Warehouse Project, Lennon headlined a sell-out Hidden Agenda Christmas gig in the Button Factory. Since then he’s featured at countless events and festivals throughout Europe including Life Festival and Garden Festival and our very own Electric Picnic.

Krystal Klear’s style is in-keeping with the disco resurgence of late, while also encompassing everything from house to straight-up funk. His own releases are awash with catchy piano lines, old-school synths and choppy vocals and have received support from the likes of Skream and Joy Orbison in the past.

This man keeps on giving with his remix of Sky Ferreira’s “Everything is Embarrassing” drawing a huge amount of attention earlier in the year. More recently, his remix of RAC’s collab with Kele showed an inclination towards a more synth-pop sound, without sacrificing any of the production quality he’s become renowned for.

Early-bird tickets for this one have sold out but advance tickets are still going for €12 – which undoubtedly would be money well spent.