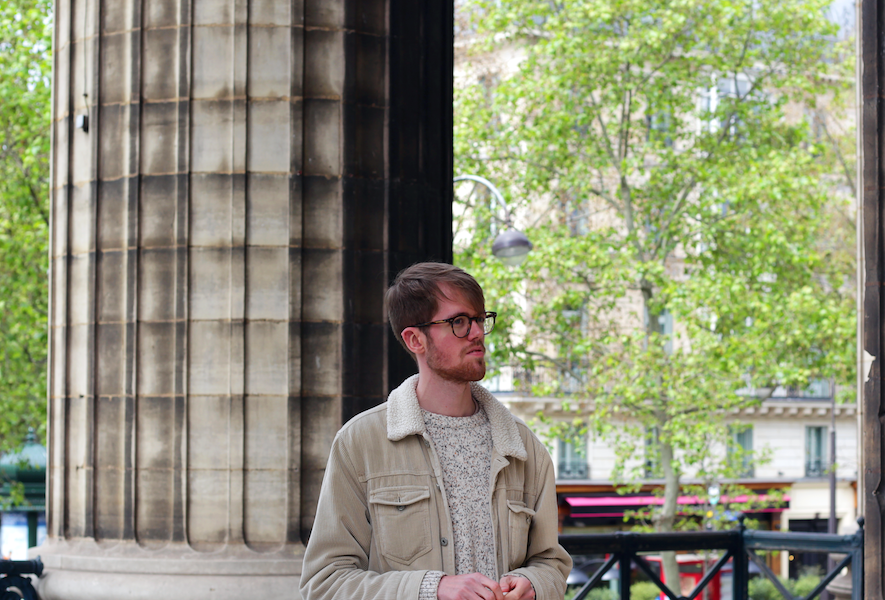 Irish producer Michael Murtagh will be known to many by his progressive alias Murtagh. The talented producer has ventured into new waters in recent months with the launch of his ambient/leftfield musical project Woven. The initiative was kickstarted in March with a lush remix of Tony Anderson’s ‘Tenderness’.  The journey continues with the release of his first full EP ‘Abertura/Horizon’ on XYZ’s SOL imprint. We caught up with the artist this week to talk about the new pieces of work, the influence of classical music on his sound and the freedom of exploring new musical avenues. Enjoy!

Hi Woven, it’s a pleasure to chat with you. How have things been for you lately?

It’s a pleasure to speak with you! I am doing good, thank you.

Your EP Horizon / Abertura dropped on SOL on May 28th. First what can you tell us about  the inception of these two tracks?

They both came to be at very different times. I made ‘Horizon’ nearly 3 years ago while ‘Abertura’ came to be last November. I never found the right time to release ‘Horizon’ back then, but I really liked it and kept it knowing that it would come out one day. It was born in a stage where I was listening to a lot of Tim Hecker, especially his masterpiece ‘Virgins’. That’s what inspired the flute tremolo sound in the intro and the granular stuff throughout. Meanwhile, ‘Abertura’ came about because I wanted to write a track which could be an introduction to this new project. I think it captures well the palette of the new project, where I’m trying to include a lot of music without drums and pay a lot of attention to textures.

Upon listening to ‘Horizon’ for the first time, it felt like a blissful musical earthquake quivering  through my ears, was it the vibe you were looking for?

Definitely. I was trying to make something colossal and enveloping, but strictly ambient in nature. It opens up with this big, subby interference which I recorded from my half broken audio interface by tapping a 1/4 inch TRS cable on one of the outputs. Then it blooms with some granular cello sounds and other textures, eventually leading on to those giant sweeping pads which for me are the real ‘blissful earthquake’ element. I wanted it to sound quite organic, and added some more tremolo cello and breathy pad sounds to emphasize that. Eventually it mellows out to just the pads and some filtered taiko hits.

‘Abertura’ contains spoken-word vocals, in Portuguese if I’m not mistaken, do you know the  meaning of what’s being said? And how do you think the other whispers and voice textures  compliment the record?

That’s right. I began learning Portuguese in March of last year and started to listen to a lot of Brazilian music. I think it is a very intimate and beautiful language. The title means “Opening” in Portuguese and the voice is a quote from an interview with a Brazilian artist, speaking about the legacy of another great Brazilian artist, recorded by my girlfriend.

It says more or less “It’s a very vast and diverse world, and at this point has considerably matured. He illuminated the past and the future”. I thought it was a very nice little quote which would fit well at the start of one of the first tracks of the project, kind of nodding to the fact that I am trying to leave behind my progressive house/more EDM roots a little bit and trying to include the influence of a lot of different styles of music in my work. Also it’s nice to have something in Portuguese on the record because it has been a big part of my life in the past year and a half or so. It’s like a little timestamp for me.

These two tracks clearly take inspiration from classical music, have you received a classical  education in that regard?

I don’t have any classical education. That being said I listen to a lot of classical music.

In that vein, are there composers in particular that you find especially inspiring?

For ‘Abertura’ in particular, there is definitely an influence from contemporary classical composers like Ryuichi Sakamoto, Nils Frahm and Olafur Arnalds. These names are in fact some of my biggest inspirations and regularly appear in my top played playlists. If you listen to ‘Life Life’ from Ryuichi Sakamoto’s album ‘async’ you’ll definitely notice the influence. I’m not sure if the influence is noticeable but I also listen to a lot of impressionism, so Ravel, Debussy, some Poulenc, Fauré etc.

As I mentioned before, I am trying to pay special attention to the textures in my music and I find it quite inspirational the way these composers weren’t afraid to break the rules and experiment more with extended harmony, modes and timbre to create colour. Listen to ‘Une Barque sur l’Ocean’ by Ravel and tell me the arpeggios at the beginning don’t sound like waves! I also like to listen every now and then to composers like Chopin, Scriabin, Rachmaninoff etc. but can’t say they influence what I am doing in any direct way.

I think that depends on the piece. If we’re speaking about gear, it’s always good to listen to music with nice equipment like a good set of headphones or a nice pair of monitors, that’s always a bonus.

In terms of physical conditions, certain conditions can really amplify the feeling of a record. For example, listening to Burial on the night bus home after a party for me really amplifies the melancholy in his music. I think it’s done on purpose, you just have to look at his track names and see stuff like ‘In McDonalds’, ‘Nightbus’, ‘Raver’ which points to a night out in the UK. If I find a certain place or time really amplifies certain aspects of a piece I always try to listen to it as much as possible in that setting. I was in Brazil last year and when I went to the beach I listened 50+ times to a version of a song named ‘No Tabuleiro da Baiana’ by Caetano Veloso, João Gilberto, Gilberto Gil and Maria Bethânia. Now whenever I listen to that track it really takes me back to that place. I didn’t make the EP with any conditions in mind, but maybe the listeners will find a certain place or find a moment where it really works for them.

Aside from this newly launched Woven project, you’re quite well known in the scene for your  other alias Murtagh, which is known for progressive house and many other genres of dance music. Can you tell us the reason why you wanted to explore new musical grounds with another  project?

I started the Murtagh project when I was around 14 years old. When I started it, I didn’t have any particular vision or direction, I was just making what I liked at the time. My taste evolved a lot over the past 9 years. In fact in that time I released a bit of everything: progressive house, mainstream EDM, french electro, trance, dubstep etc. In the past 2-3 years I really began to hone in on a certain type of progressive house, and released a lot of tracks in that fashion (‘8/9/10AM’, ‘Sombra’, ‘Windswept’, ‘Rush’). With those tracks I was really trying to create progressive house which flowed very naturally and which would continually build and build but do so very organically. After some point I felt like I had done what I wanted to do in that area. I wanted to create a project which was self-contained and complete, free from my releases when I was younger, and also which was a bit more consistent with what I actually listen to, which is a lot of ambient and classical music, techno, deep house, garage etc. That’s why I decided to start this project.

And how is your process different when creating an ambient track compared to something more  dance-focused?

Dance-focused tracks for me almost always start with the drums, I’ll build up a nice drum loop and then get some chords going and work from there. The goal is usually to have one or two nice choruses, where the energy of the track peaks and then put in the intro/outro etc. As far as the ambient tracks go, it’s more free, there’s no defined structure or goal like that. No one will e-mail you and ask you to make it more playable for the DJs. You can do what you want. For me, usually it starts with some type of drone or pad sound. From there, I’ll start layering on top of that with some textures, and try to come up with some chords on the piano.  I like to add a lot of ‘ear candy’ once the main theme is down (like those granular windchimes you hear in Abertura), something to keep the track a bit fresh for the listener. Sometimes it’s a toss up. At the moment I am making a track which has drums, but the theme of the track is so nice that I think I will have to make an ambient version too!

What do you have in mind for the near future musically?

I have been thinking that it would be nice to do an EP of 5 tracks or so. It has been a while since I’ve focussed myself on something of that length, and it would be nice to try to come up with a nice idea  and to explore it in an extended set of tracks. That has been really calling out to me lately.

Thank you very much for answering our questions! Anything exciting coming up in the months to come?

I have two other tracks almost done. I’ll be organizing their release soon enough. I’m very happy with them, they are harking back to some of the last releases of Murtagh, so it will be nice to release them and see what people think. Thanks for having me!

Stream all releases from SOL here.